Nuked turkey, soggy stuffing and lumpy taters are the staples of any good Thanksgiving leftover feast. Because it’s 2020, the Lords of the Pit added roast unicorn to the mix with our Lords & Leftovers challenge on Black Friday eve. Fifteen LOTP met in the virtual squared circle to find out who their most festive fighter was. For one night only, Feast of the Unicorn, that oft-overlooked black Homelands Aura blessing a creature with +4/+0, was legalized. The Lords once again supported the Greater Chicago Food Depository as their charity of choice for the event. 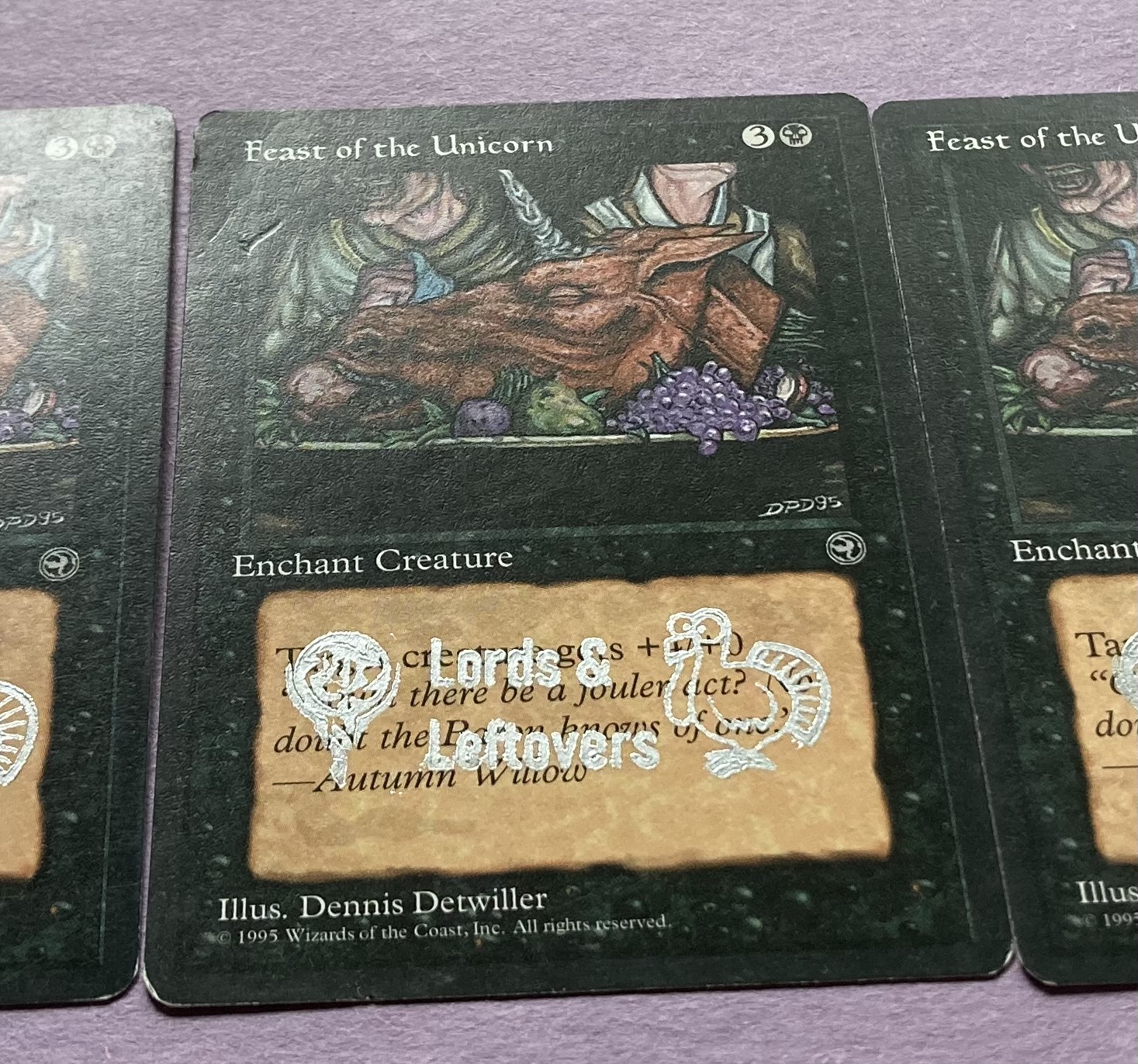 We turn now to the stews. Many Lords tacked toward black, inspired either by Black Friday or perhaps just overindulgence on unmentionable equine delicacies. Hippies and Knights patrolled the skies and grounds, respectively. Derelors and Juzam Djinns brought the Black beef while a Guardian Beast sought out his Orb. One maniacal wizard dug deep into the desert sands, however, to summon forth a mighty Pit Scorpion. 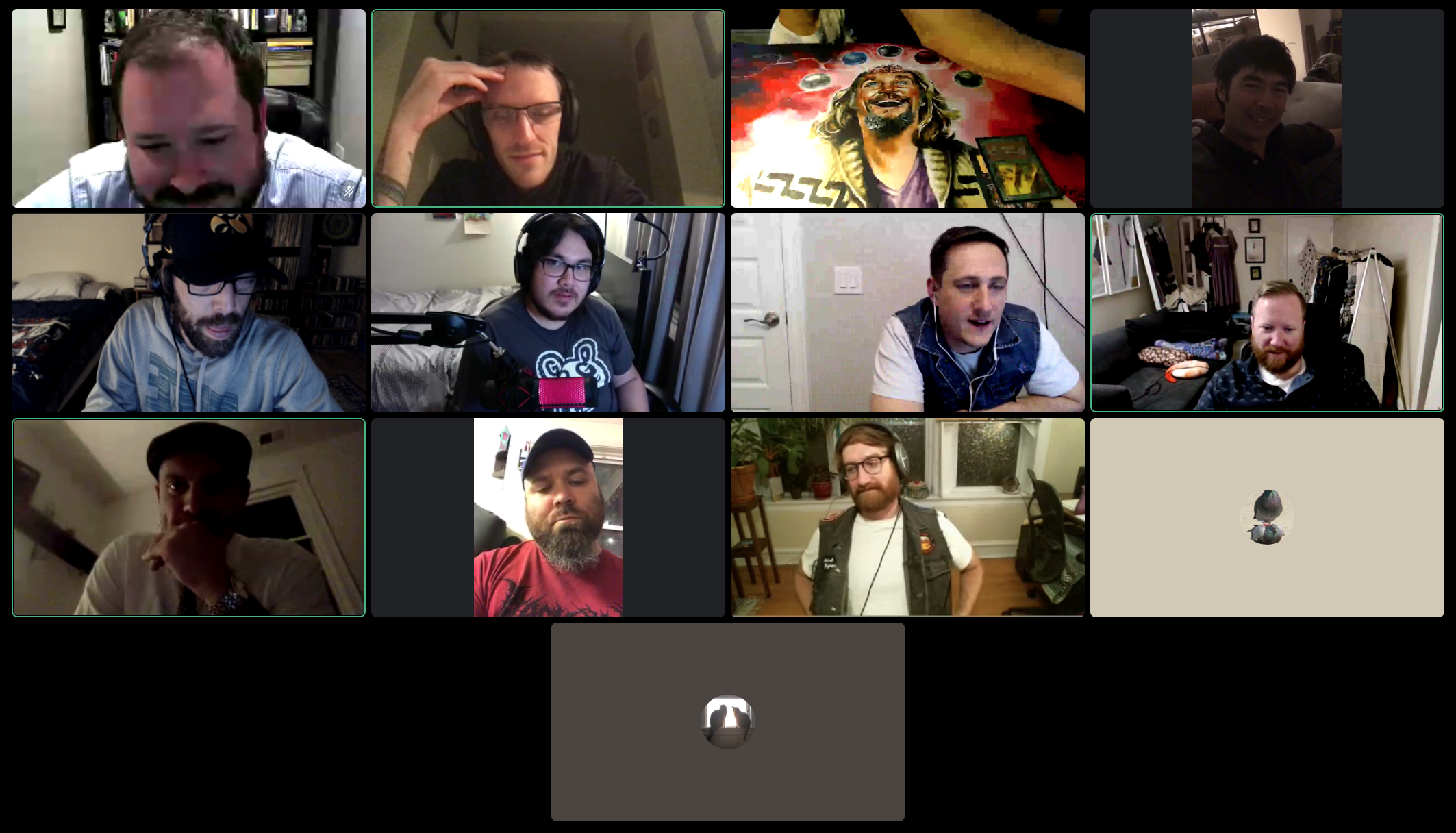 Playing with open Discord video chatrooms allowed us to crash matches and shit talk in real time and the rooms were once again named for our old (and now dwindling) Chicago haunts such as Crown, Hopewell or DMen. We even had a couple hangers-on that dialed in to observe, such as Marty Silenus who enjoyed us on his 19” bigscreen.

There were some tasty lists to observe, too. Lords Rohr and Friedman brewed differing versions of Big Red (Rohr cracking our Top Four to boot) and the aforementioned Semmens brought the deep state tech with Poison Counters Agro. Lord Blank continued his dedication to Underworld Dreams and there were two takes on Gobbos as well (Agra and Punts). 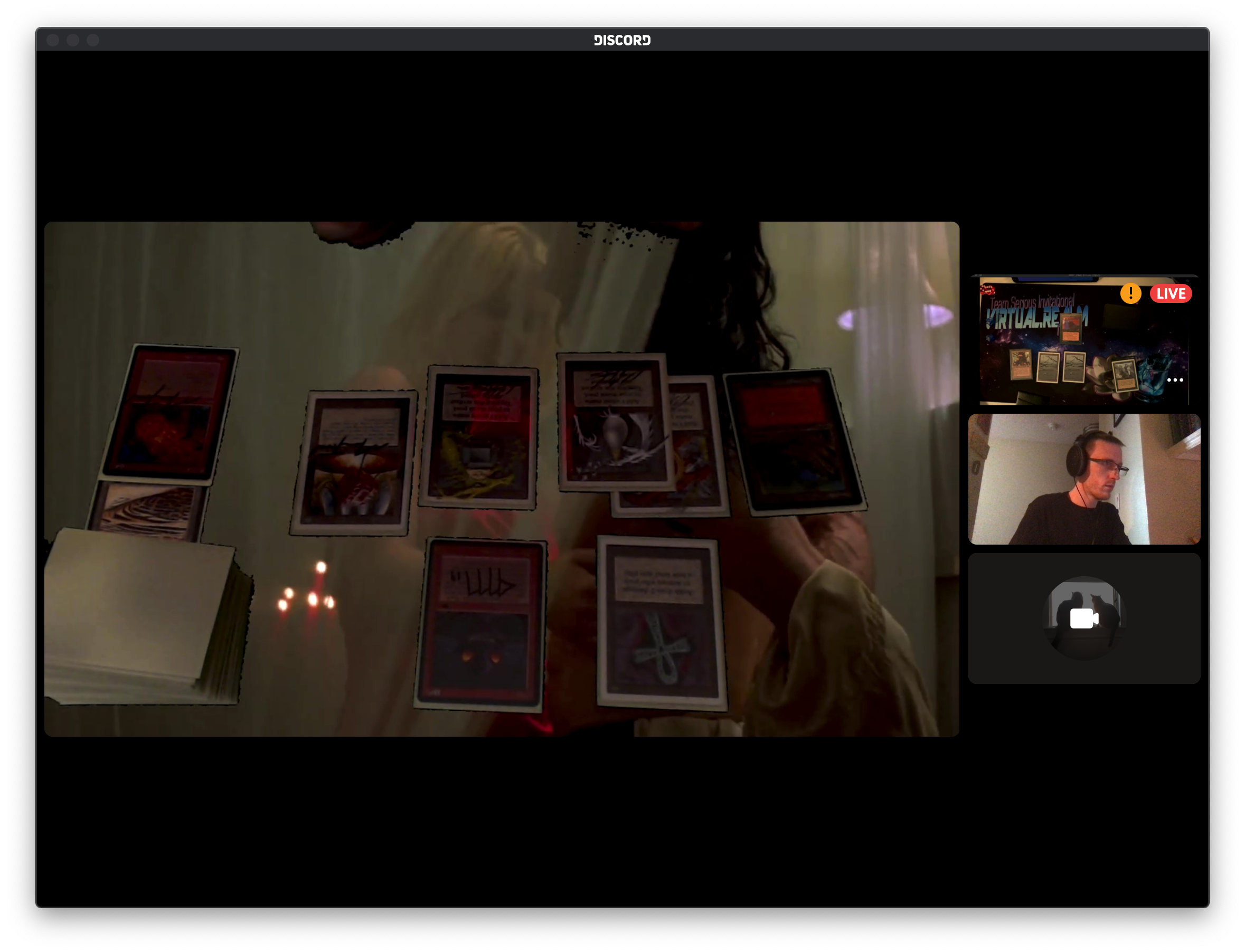 At the top, Pink Atog (L.G.), Esper (Lorien), and RUG weenie (Meatball) rounded out the T4 with the Meatball continuing his reign of terror with a 5-0 finish. He noticeably refused to use public Discord rooms, preferring to grind in private and prevent his Euroboard tech from being revealed.

The whole shebang ended on high note with a dozen Lords crashing Etters’ and Rohrs’ match in time to observe Nick’s ignominious defeat at the hands of Tyler’s 6/2 Black Knight w/Feast of the Unicorn. 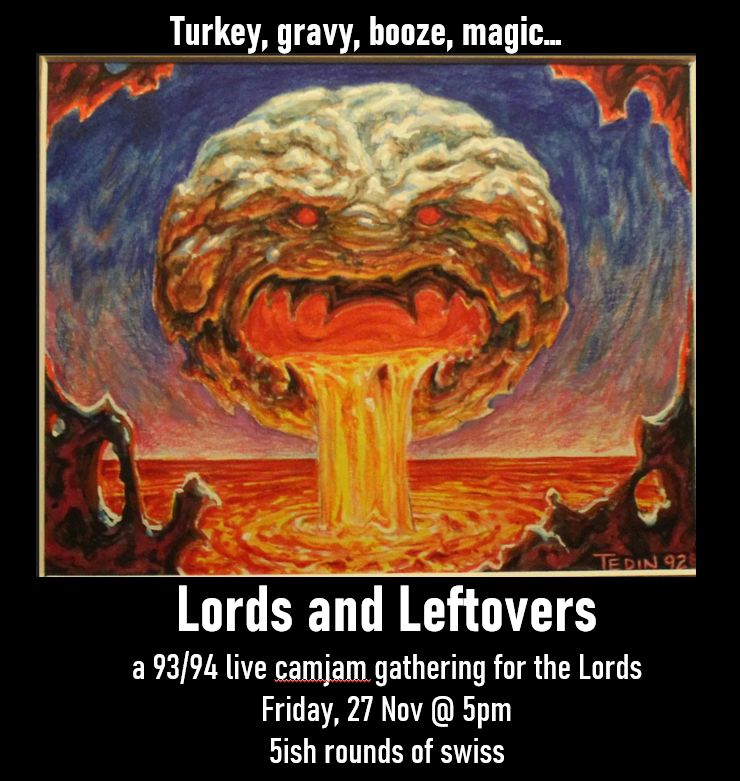 Special thanks to Dr. Punts for organizing this family Gathering. Happy Holidays, everyone and stay safe out there! 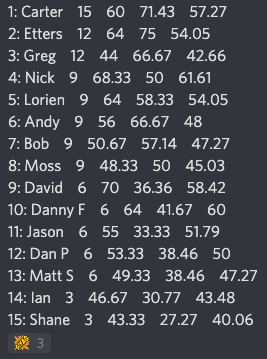 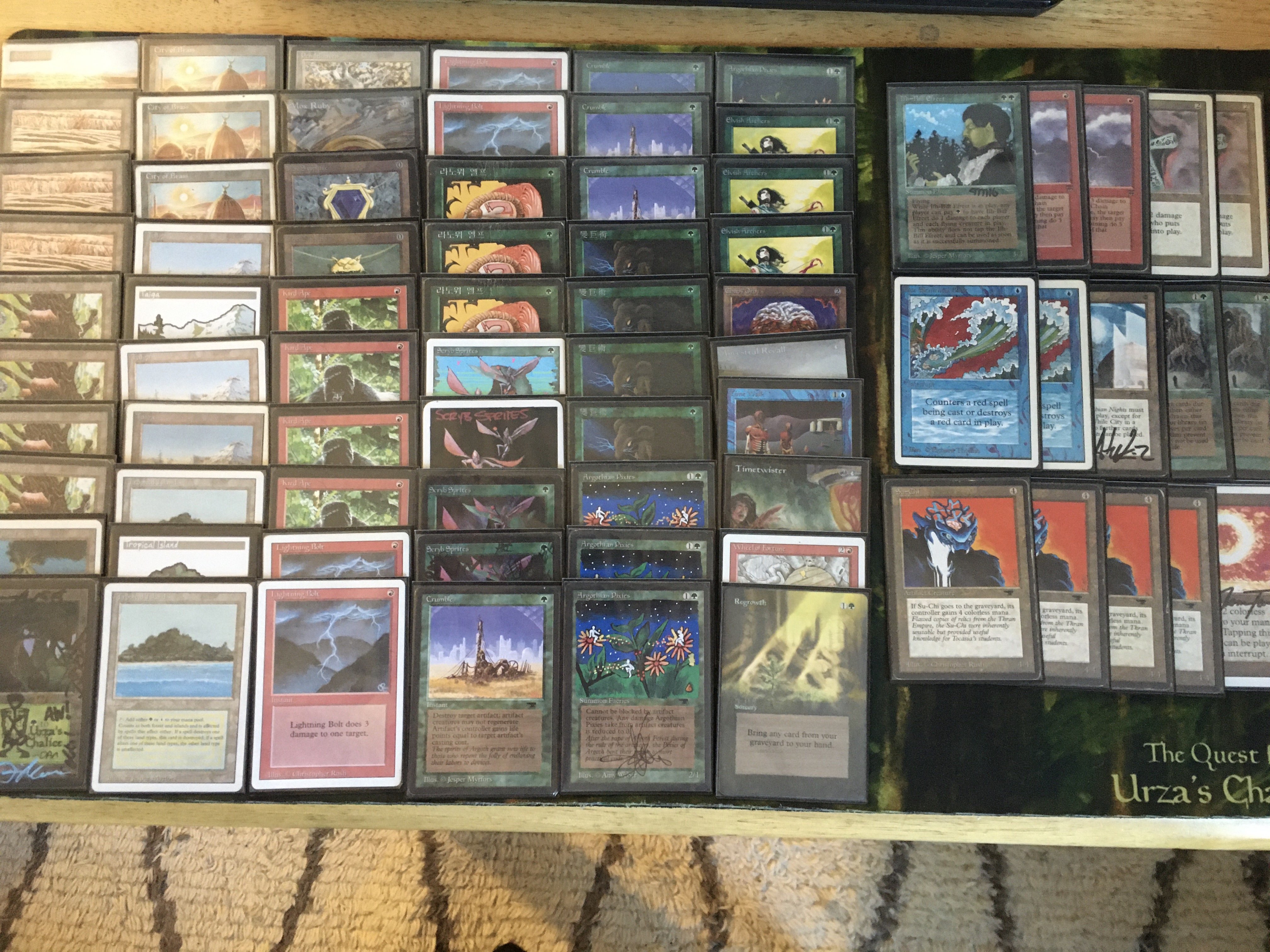 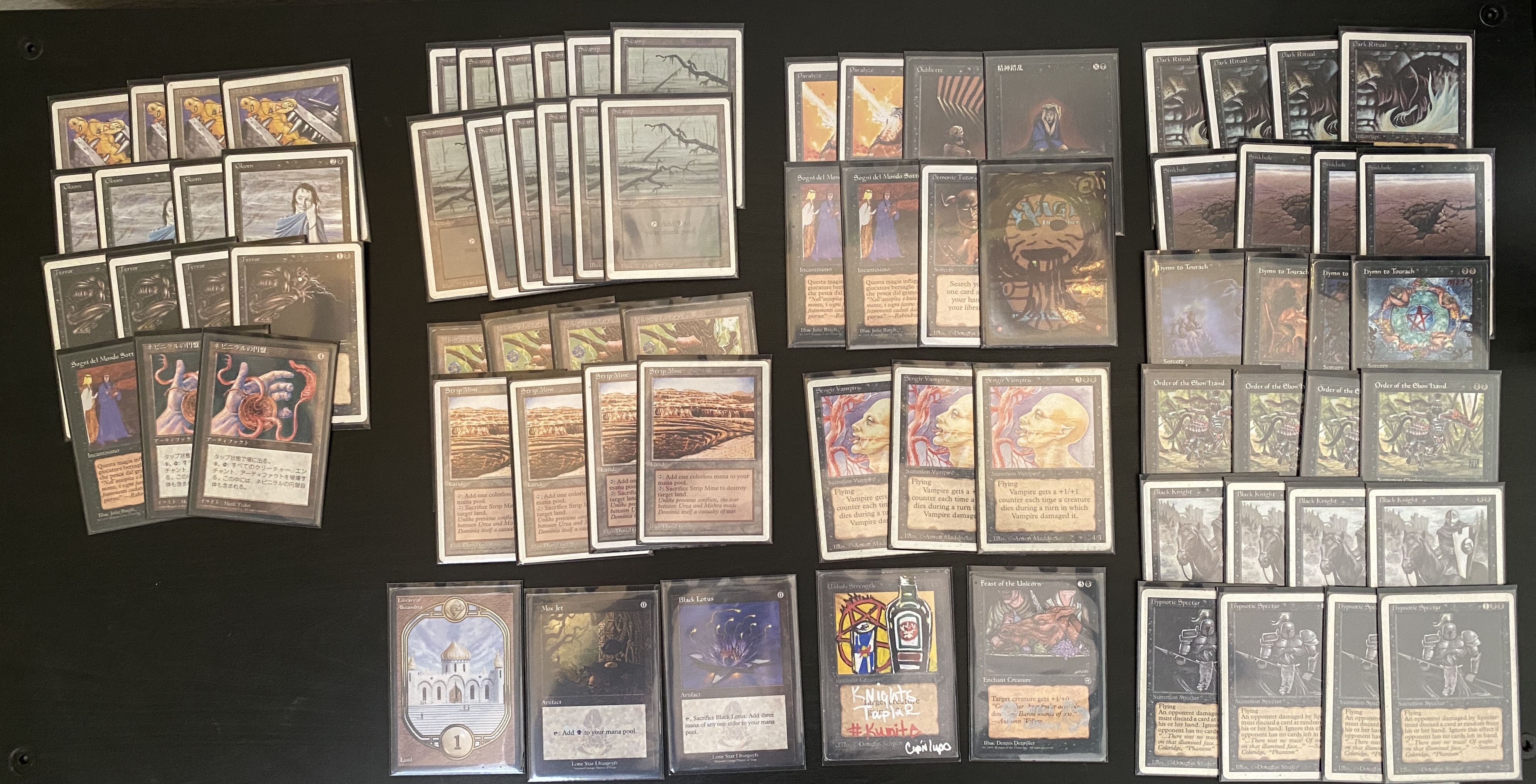 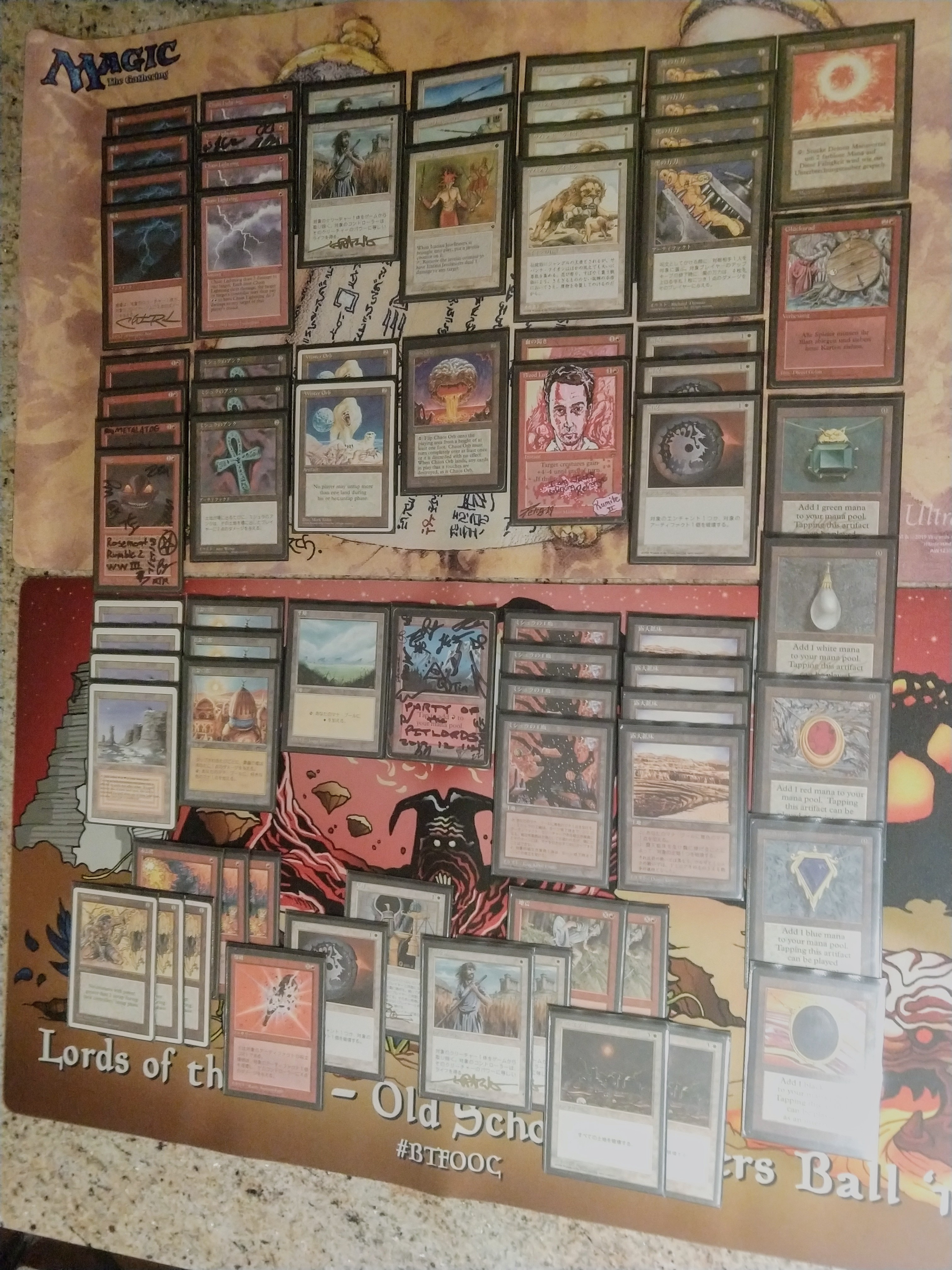 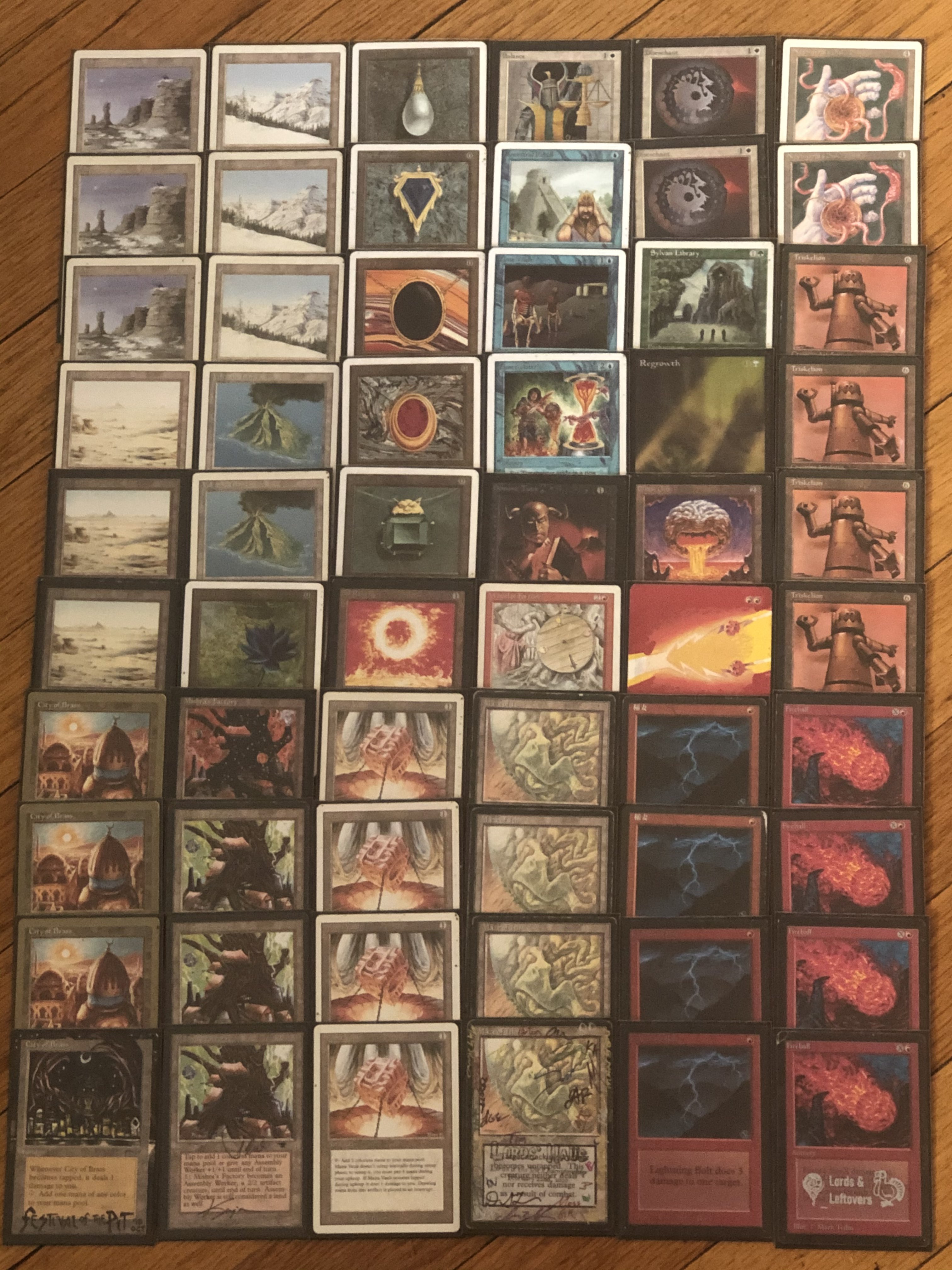 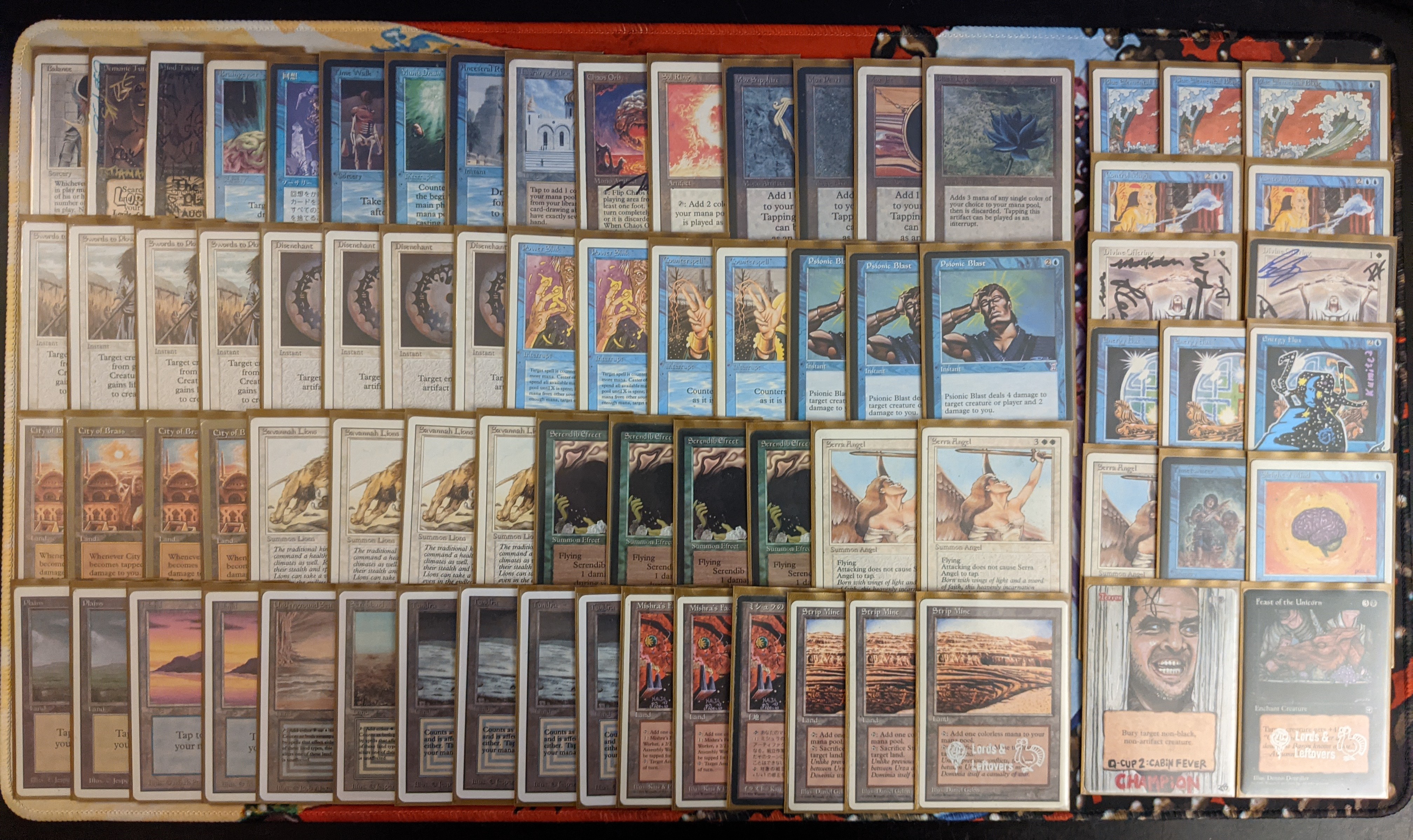 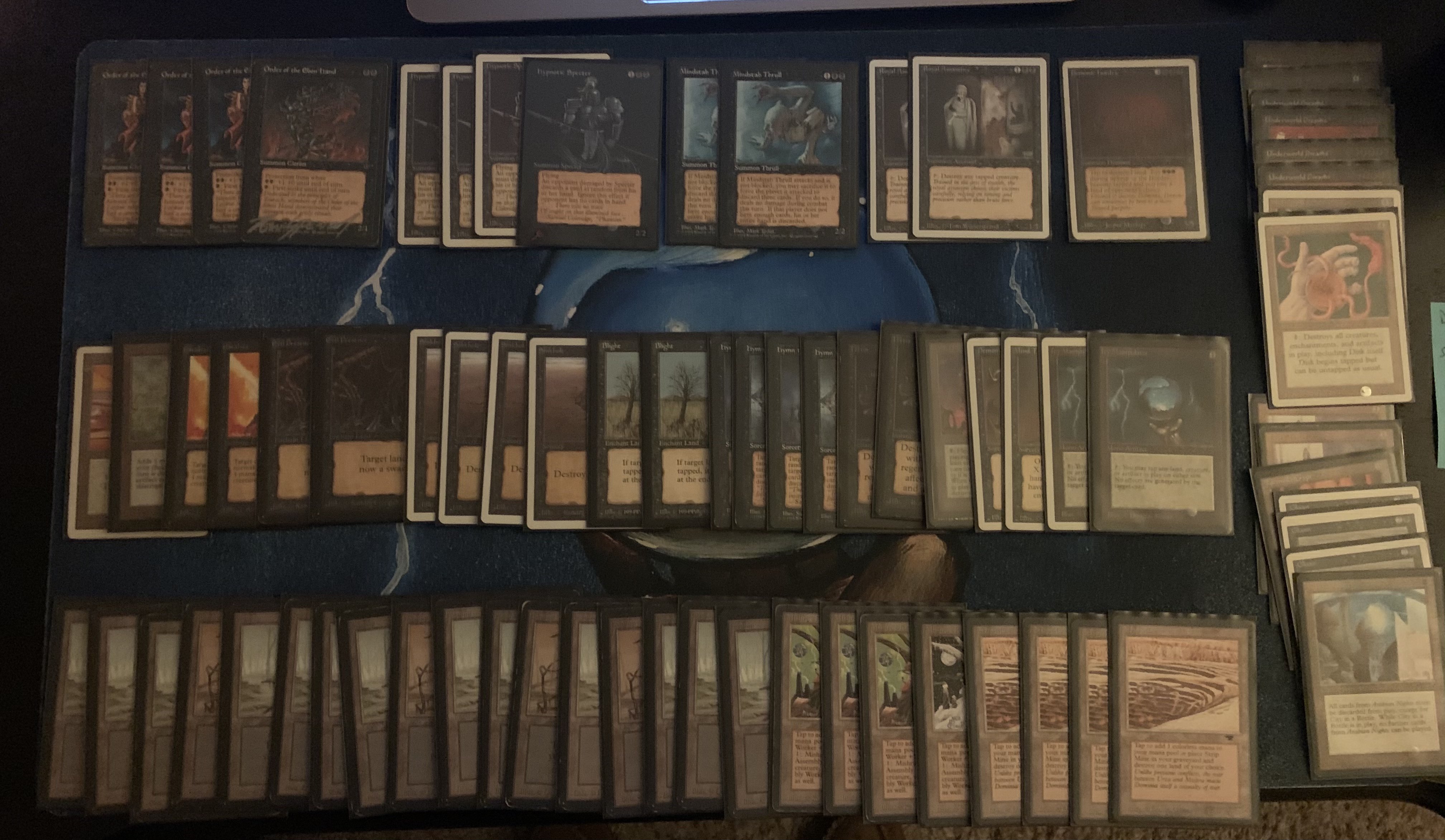 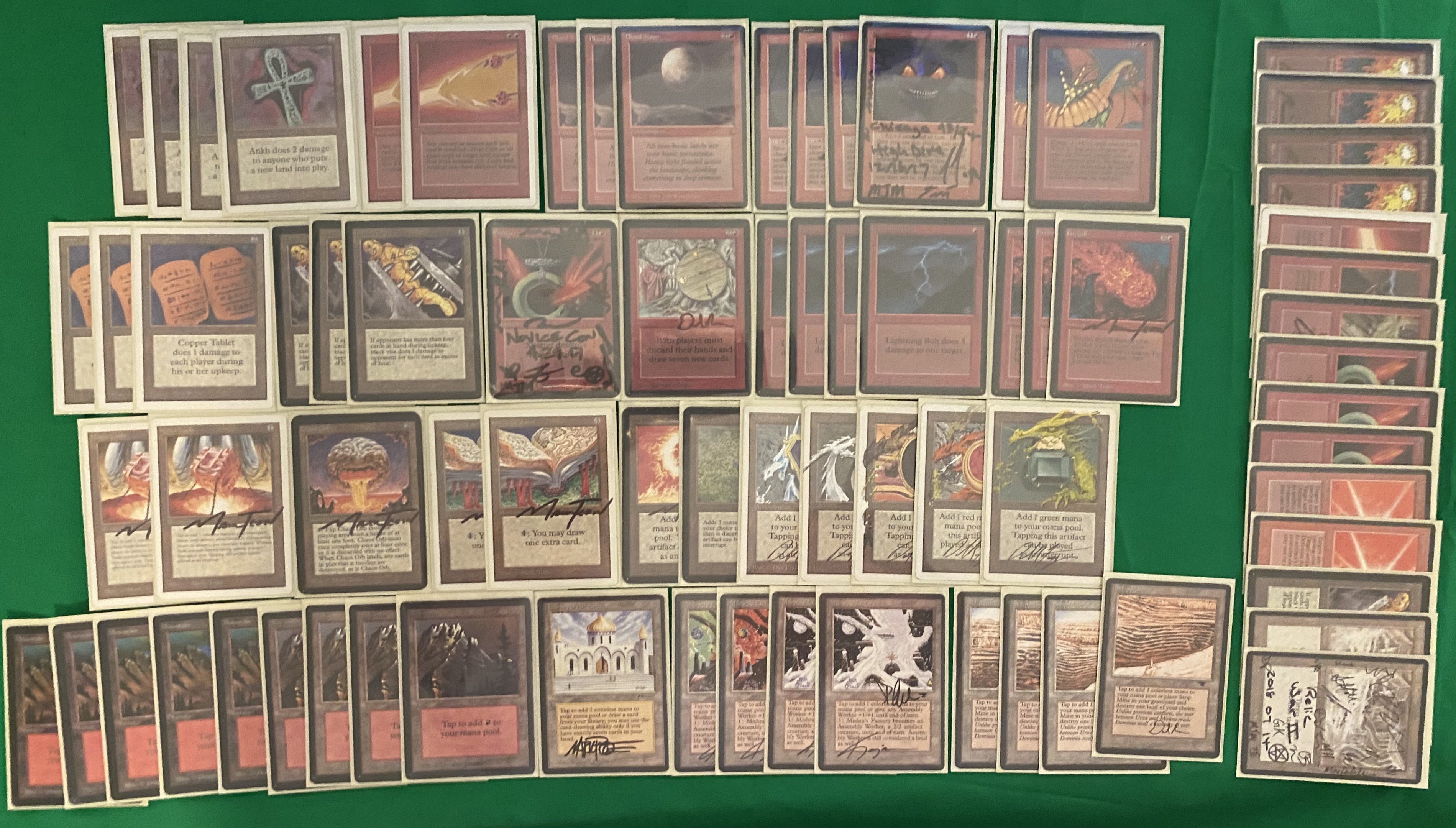 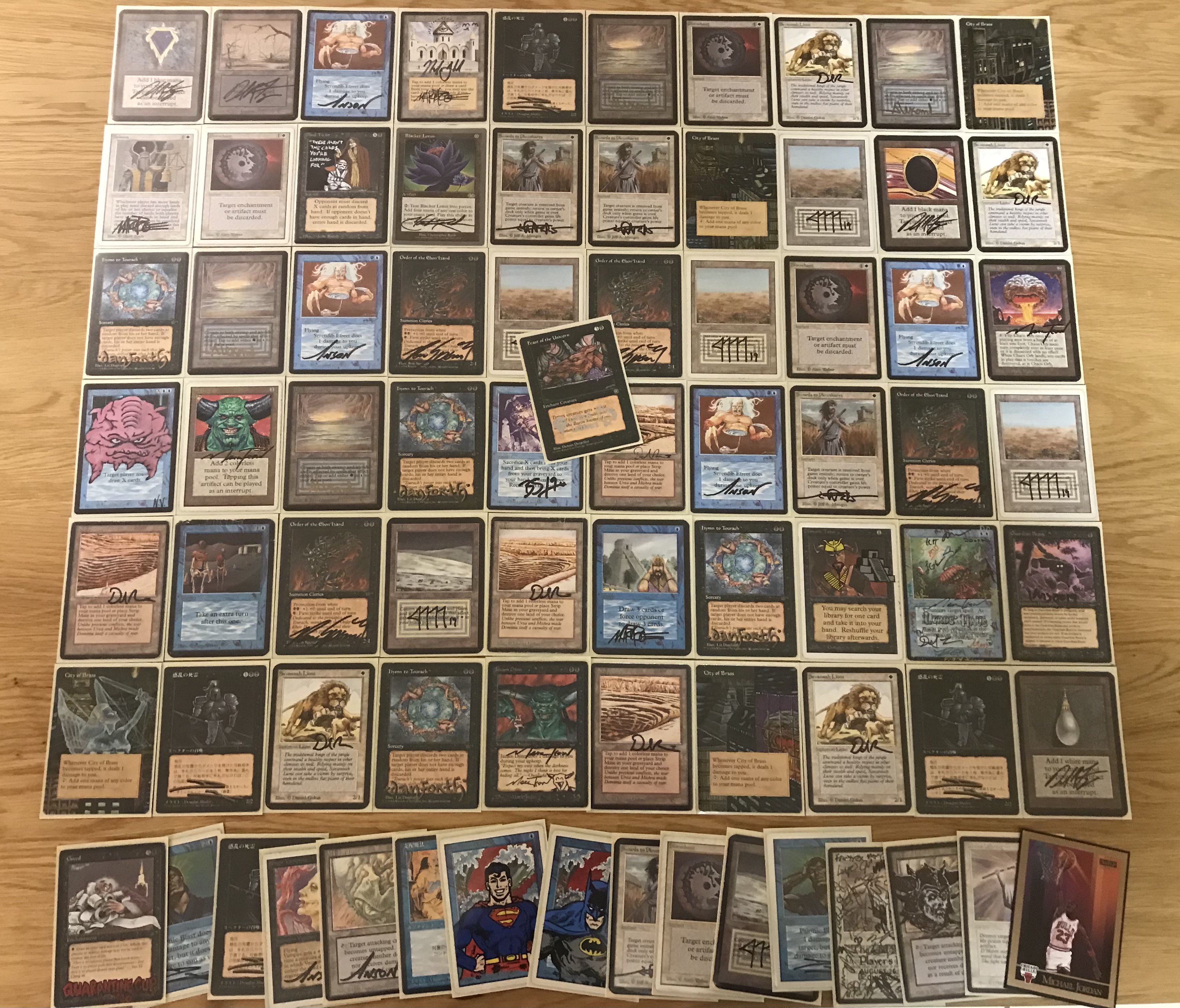 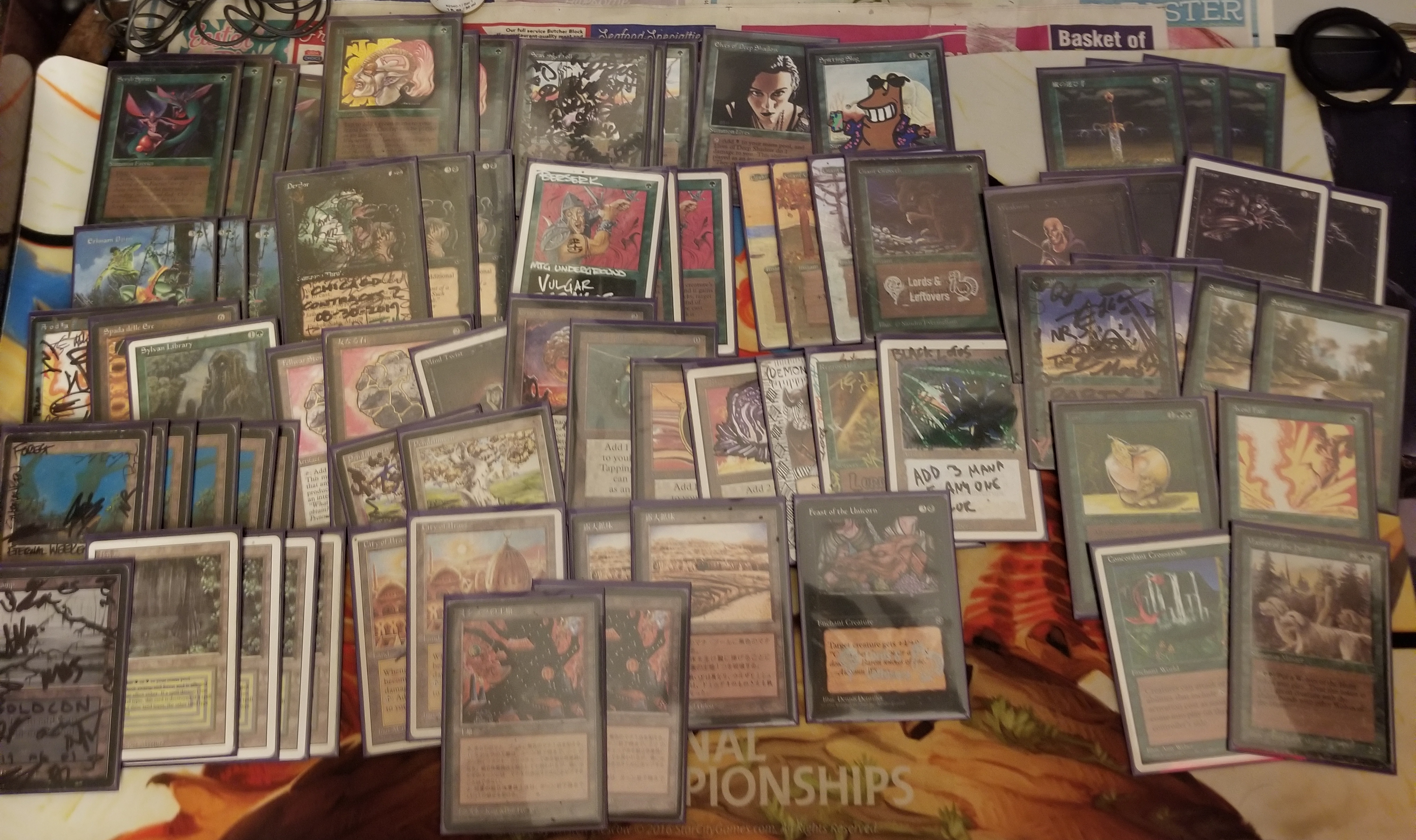 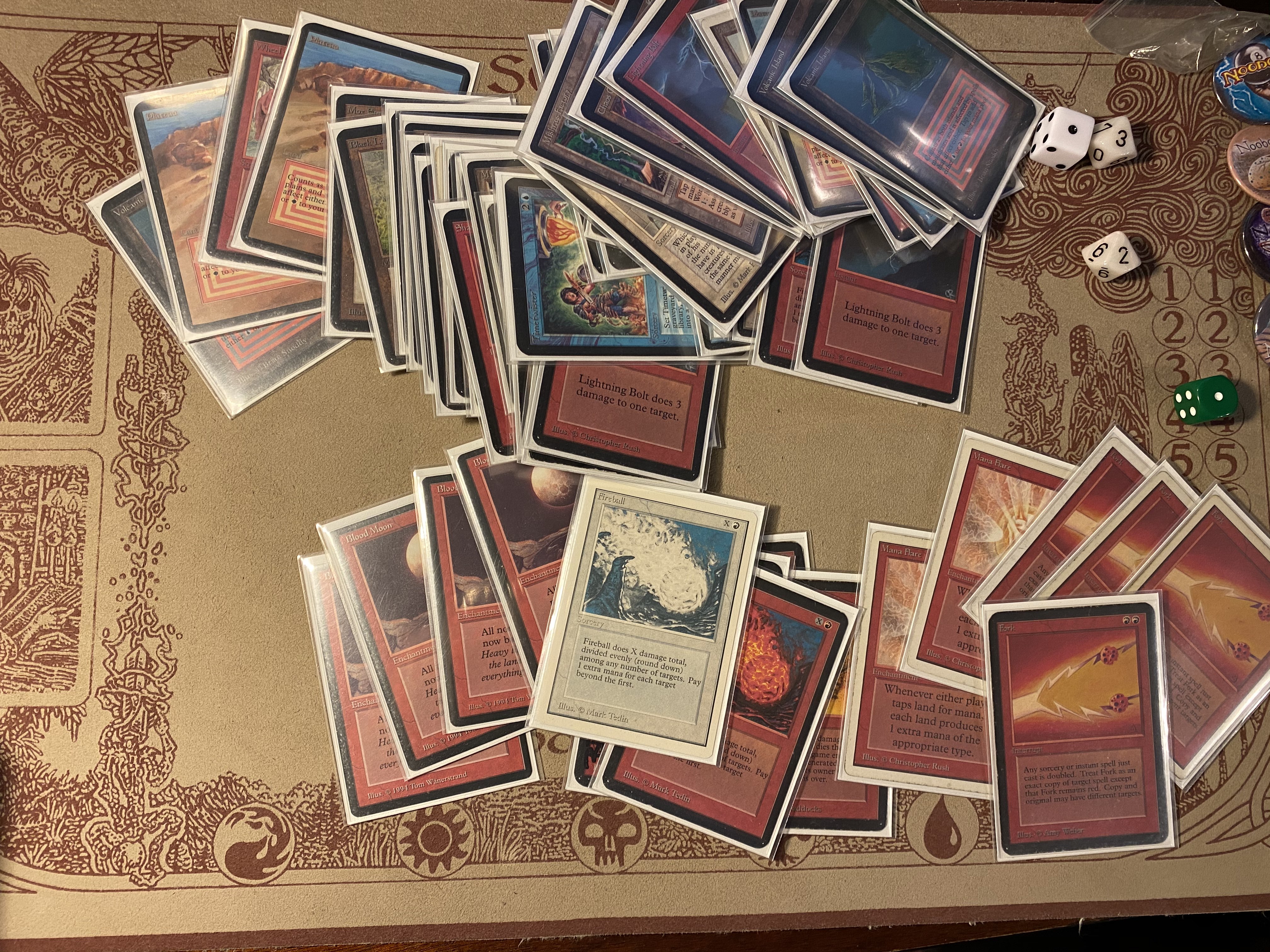 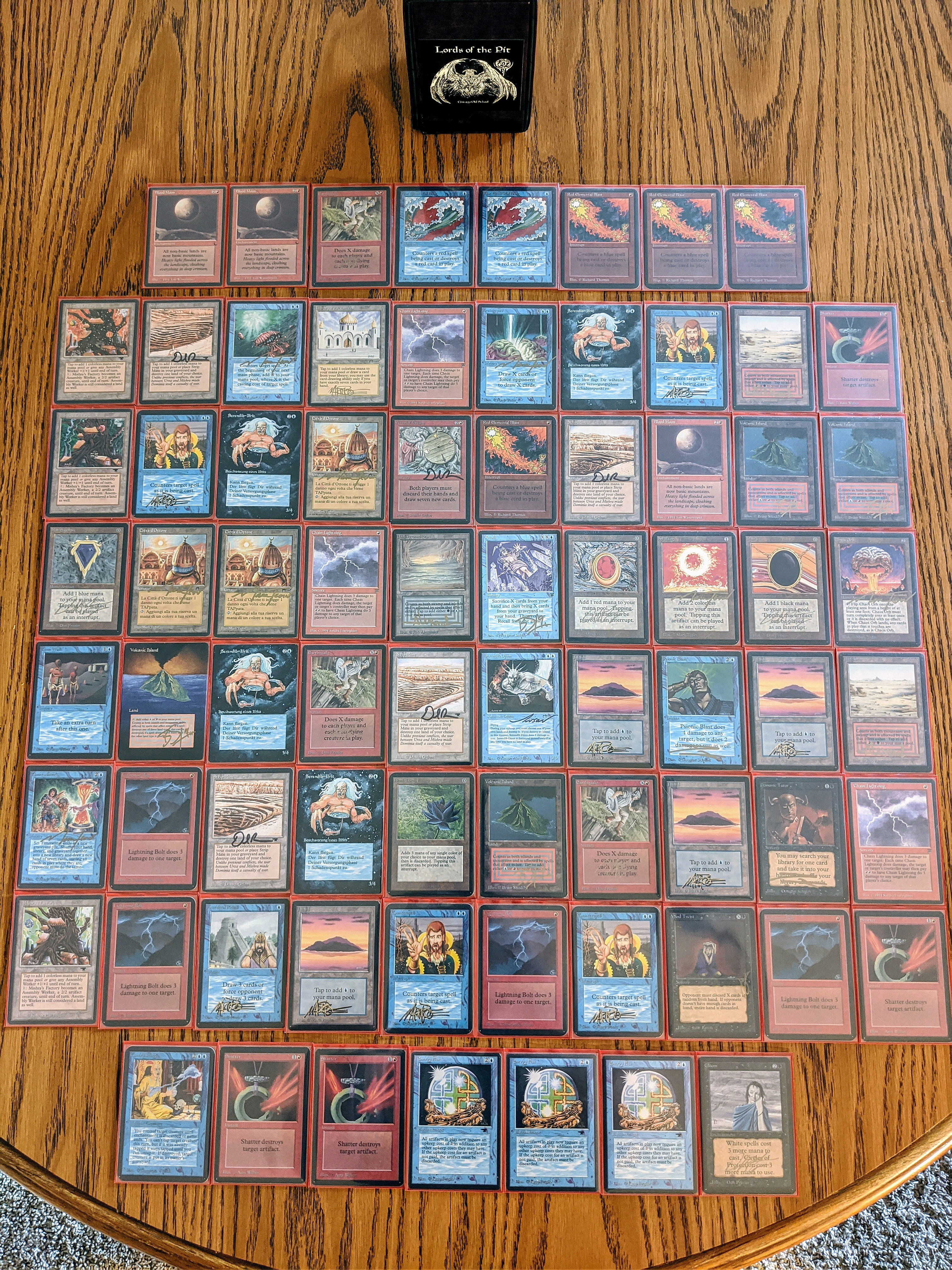 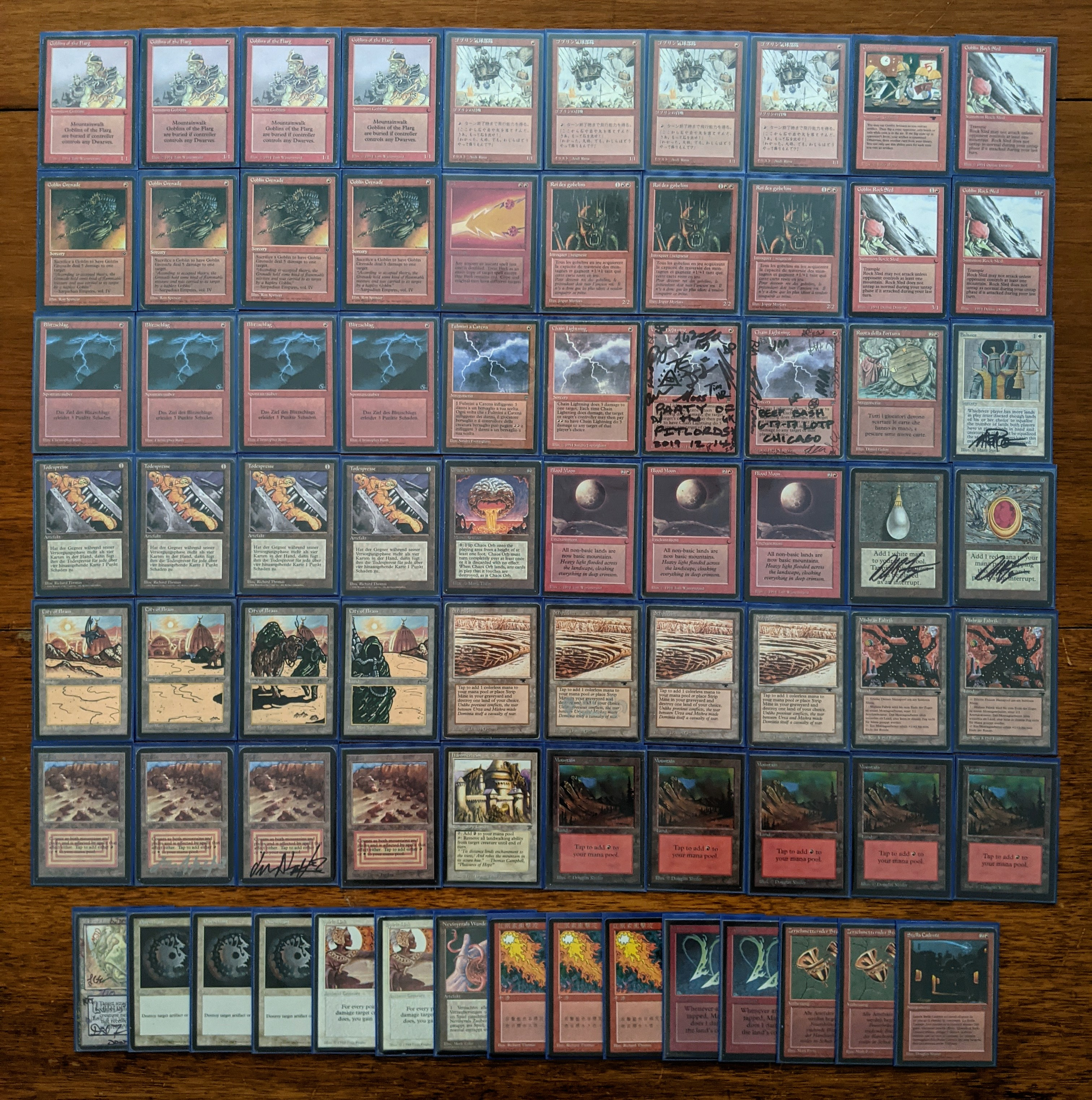 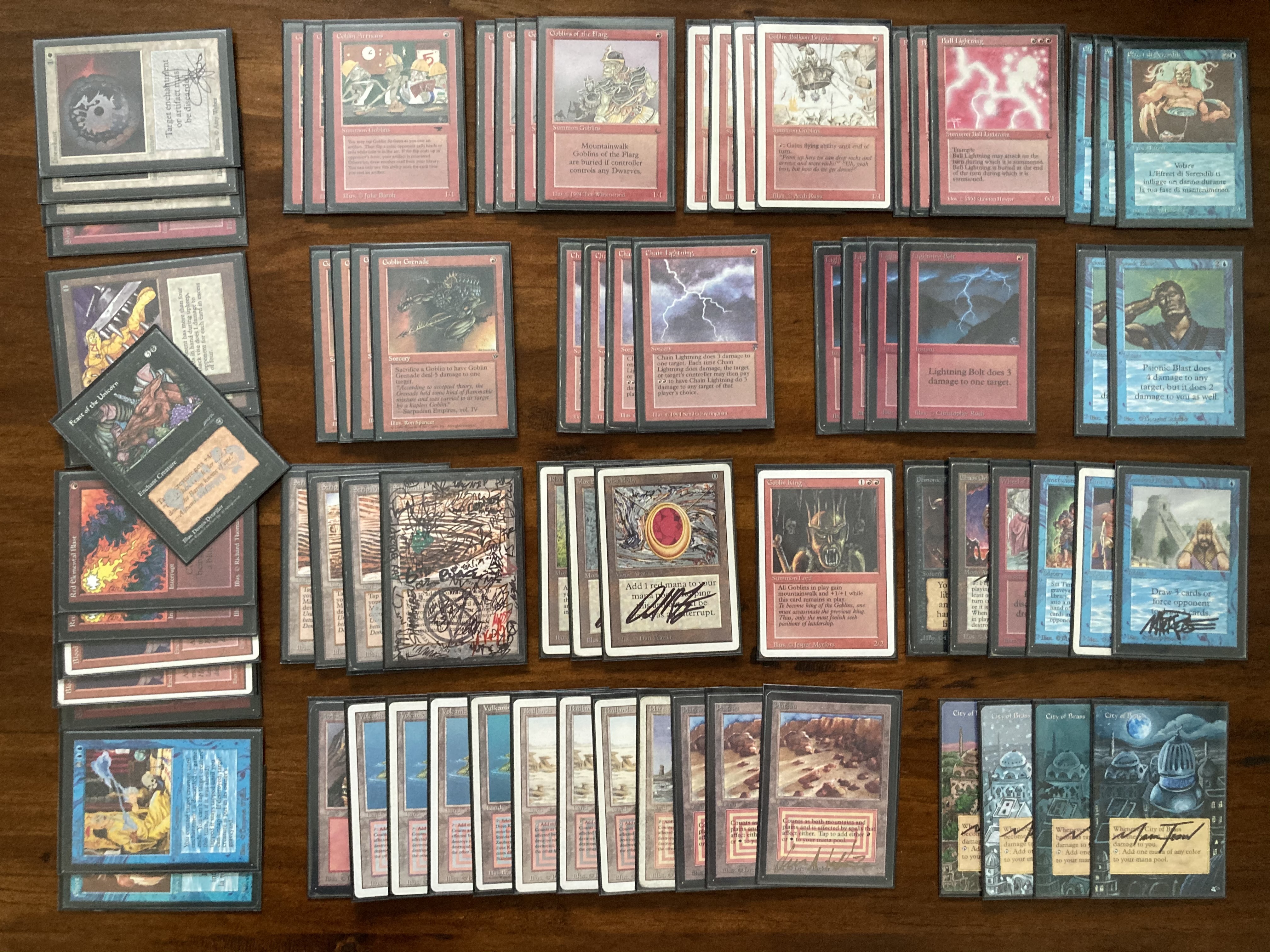 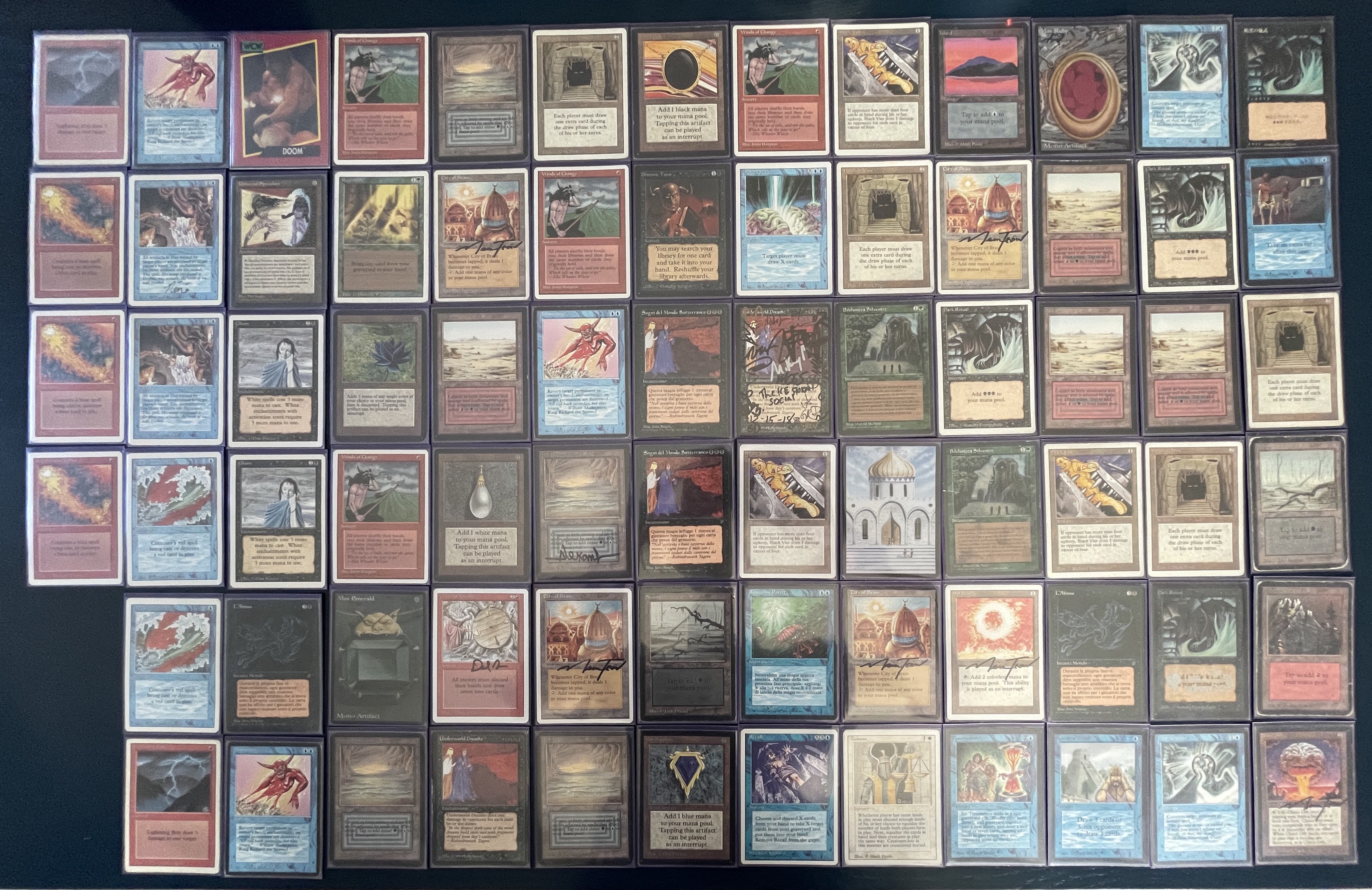 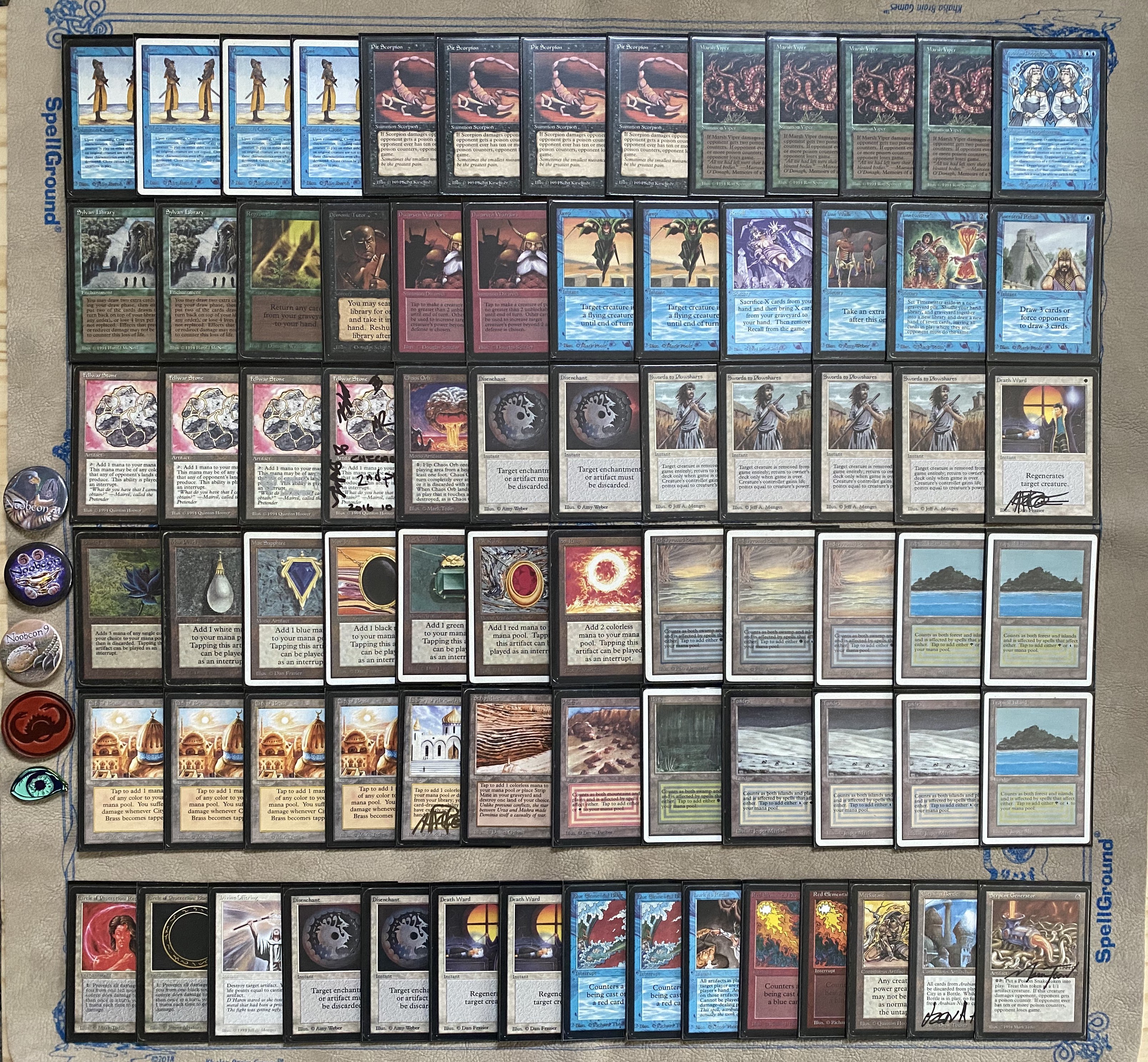