Quarantine Cup 2: Cabin Fever gathered 21 Lords & friends to battle over the interwebs from the safety of their COVID bunkers (aka mothers’ basements). Event fees were donated in support of Chicago Meals on Wheels and also served as entry for a sweet door prize. Q-Cup2 was again structured using two batches, however this time we followed with a Top 4. Following precedent from the first Q-Cup, use of proxies was permitted.

Batch 1 consisted of four matches of randomly-paired EC 93/94. Batch 2 followed with four rounds of Middle School with pairings based on records from the first batch. After the batches, the top four players revealed their deck lists and ran back their OS brews to determine the champion. The event culminated with hometown hero Lord Ellemen on an Esper-midrange deck battling southern boy Cayce Grissom on RUG Aggro. Thanks to Big Brain Bob’s technical prowess, the Lords gathered in a virtual Discord room for happy hour and live spectating. This was our virtual answer to recreating the gathering around the finals table to root for a hero of choice with friends. (Or to slander them both!) After two tight games, Lorien bested Cayce to defend the club and earn the crown.

We have lots of good-looking deck lists to check out. Lord Piquardo played a sweet mono-red Goblins deck that featured Goblin Rock Sled and Rajah broke out a slick Gauntet of Nuggetry stew. The real technology came out in the Middle School rounds, however, and undoubtedly the story of the event was Lord Etters’ insane Battle of Wits brew. After going 0-4 in OS, Tyler swept his MS opponents with his massive stack of digital cardboard. You can listen to his breakdown of the deck on the Pitcast episode “Five Alive.” (It’s totally worth grinding through Carter’s bloviating to hear it!) Lord Velasco brought a sweet take on an Esper control pile and Lord Semmens battled using a sweet Necro-Donate deck with Togs in the board. Meanwhile, Moss and I took the new MS boogeyman, Reanimator, to a combined 7-1 record. Turn one Akromas proved too much for the field to handle and I imagine an upswing in sideboard hate will follow. Moss went with Oath of Druids out of the board while I tried Show and Tell. It’s a blast to play if you like six minute matches and angry opponents.

Given the violence, worry, and uncertainty gripping the world today, the Q-Cup series has been a welcome digital Gathering to escape to connect over a children’s card game. Stay safe and take care of each other out there. 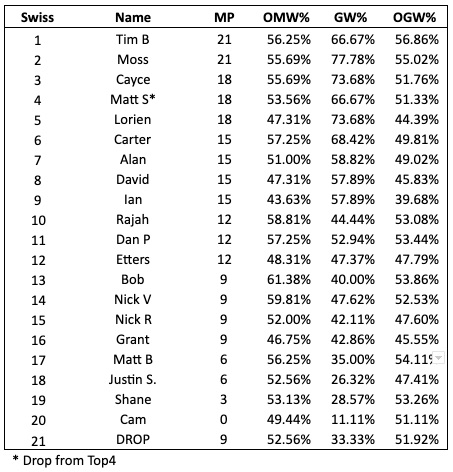 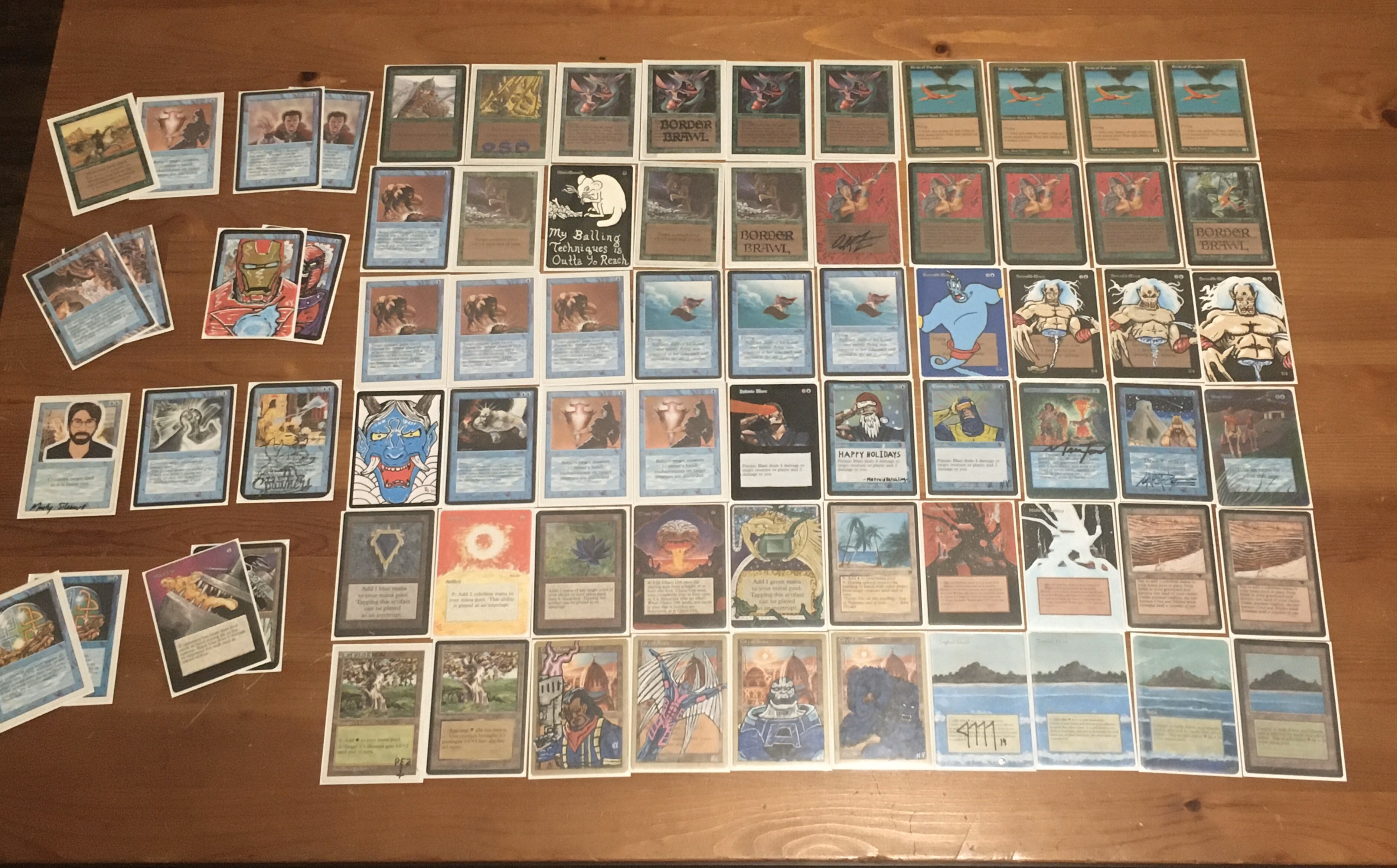 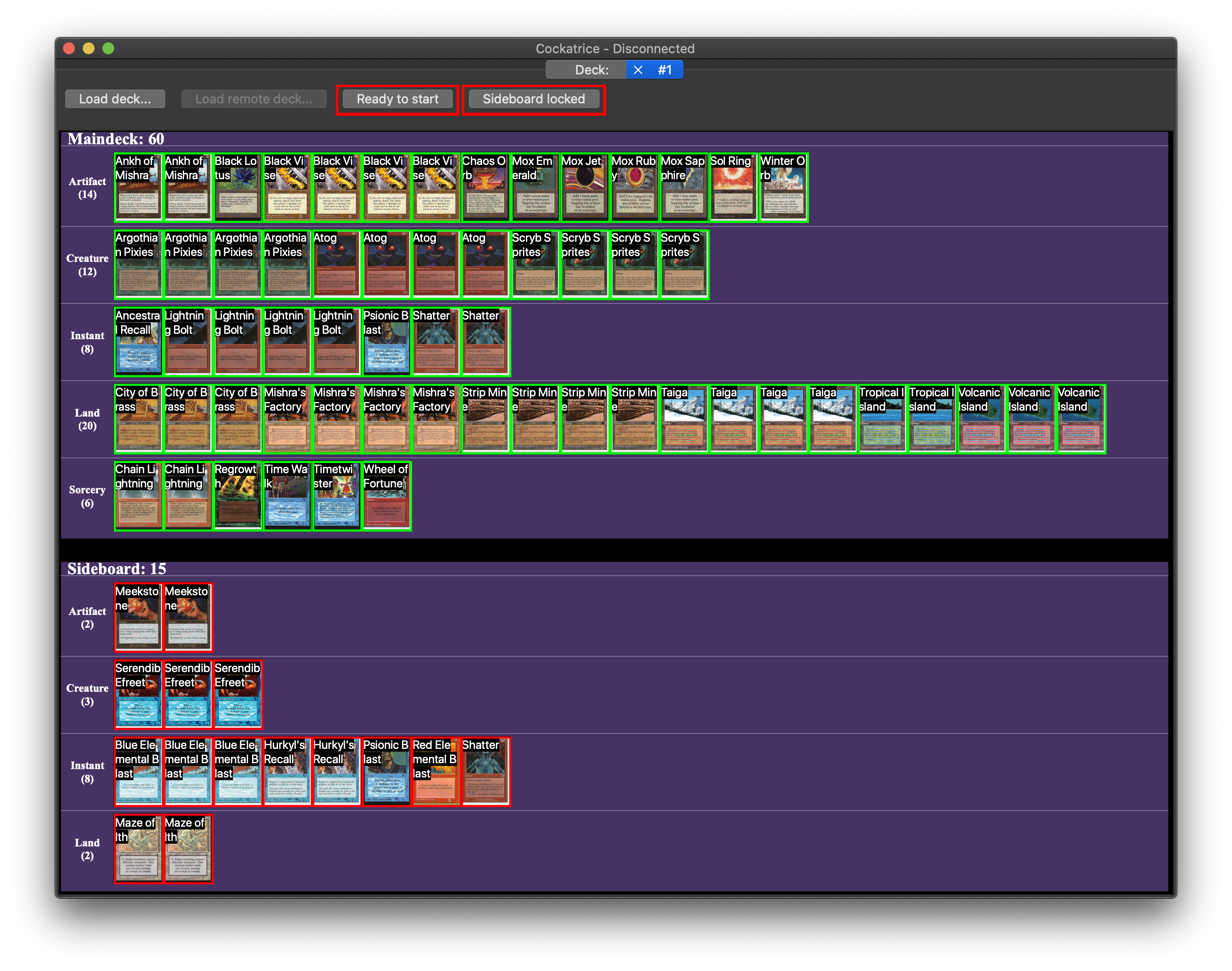 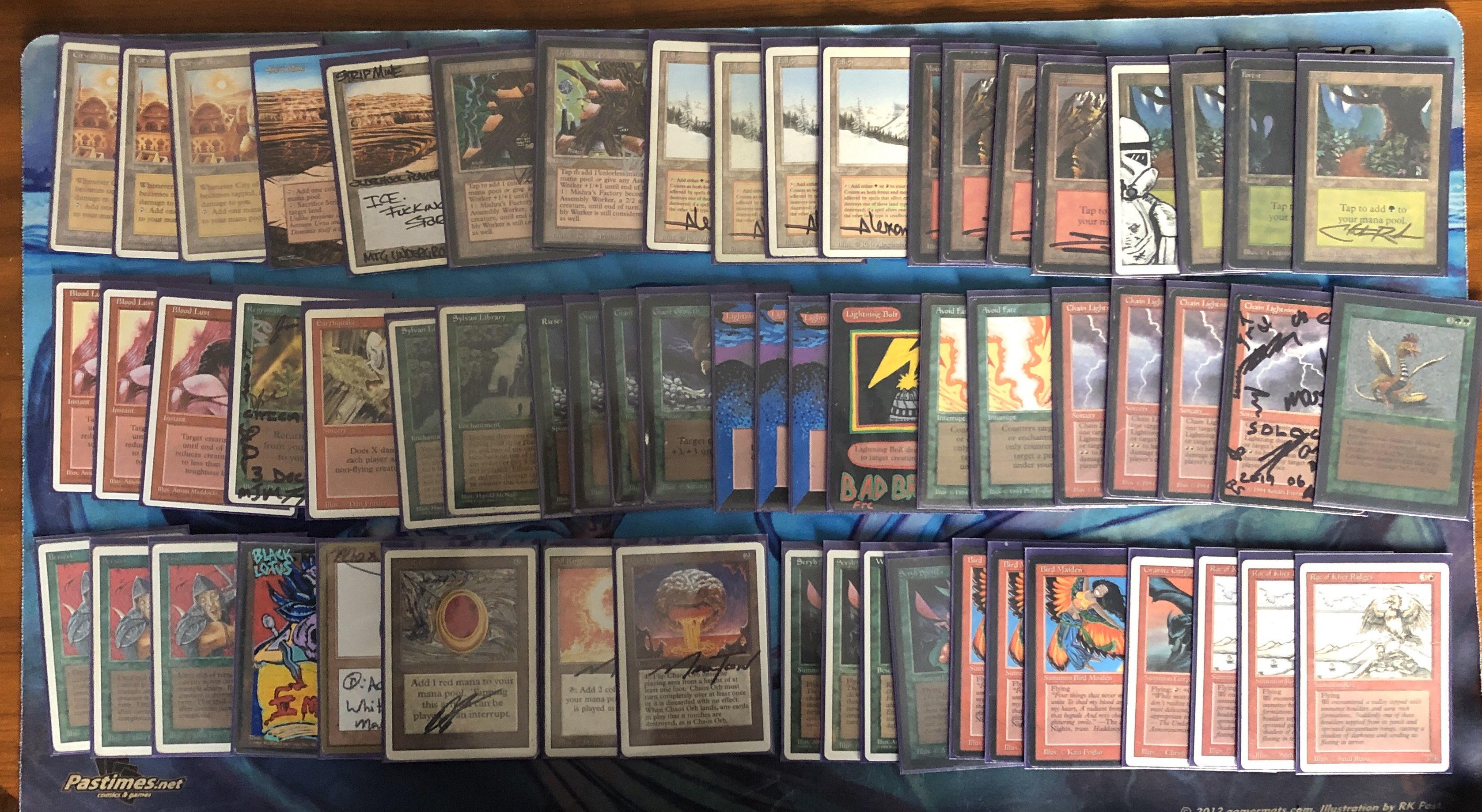 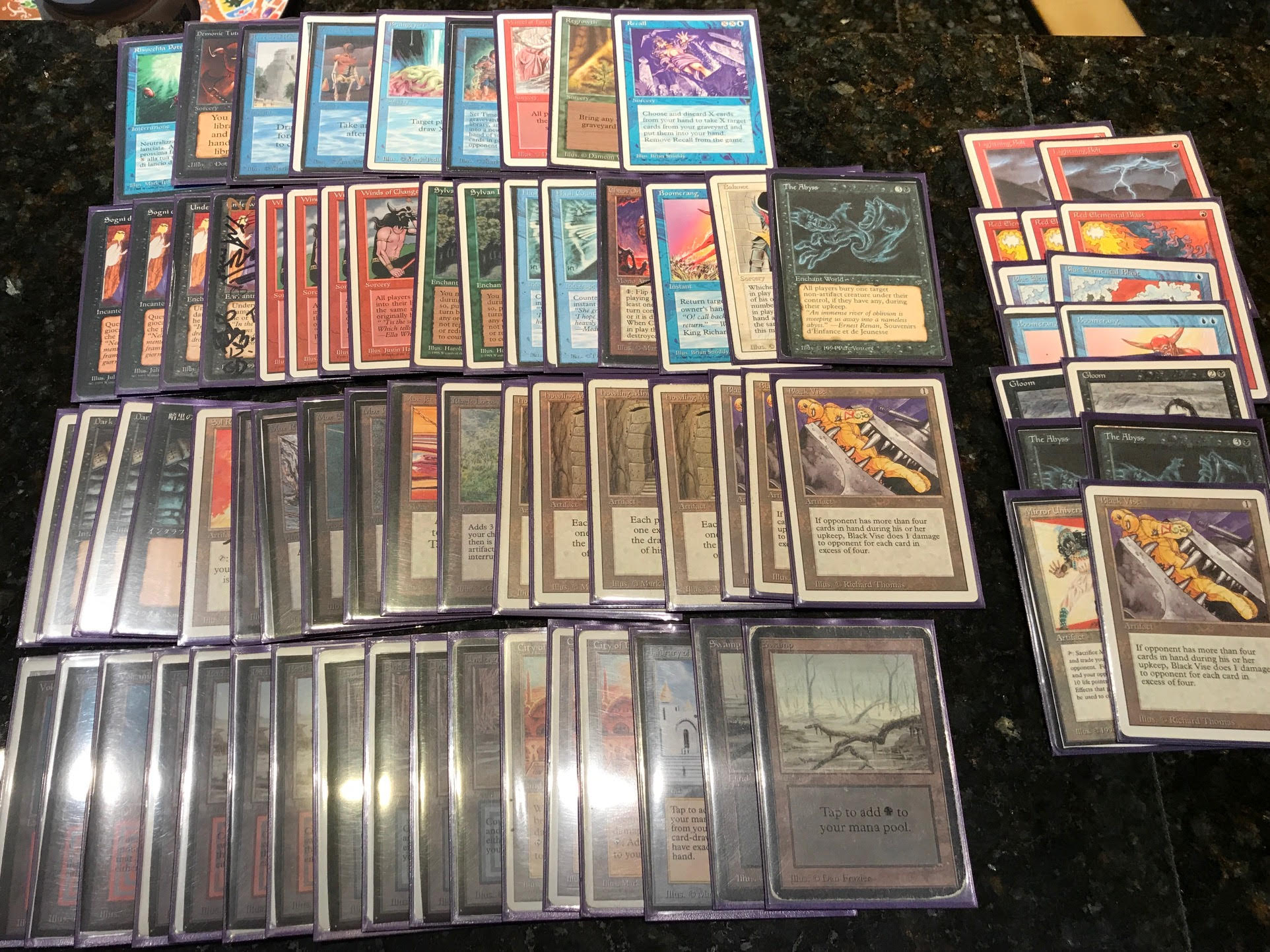 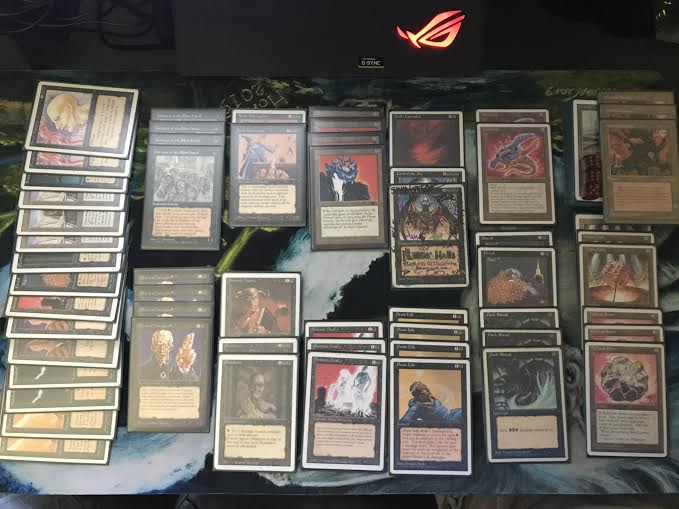 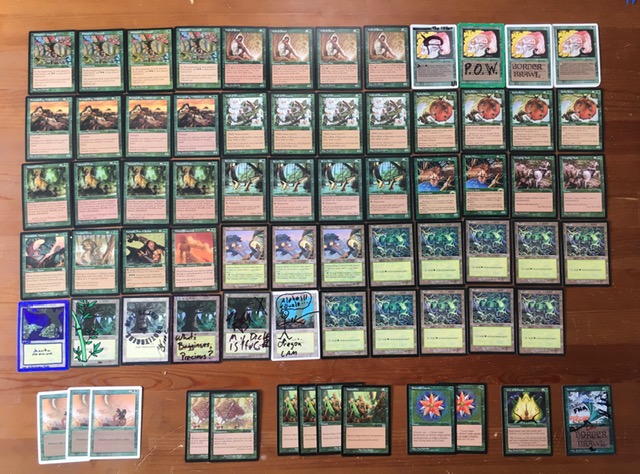 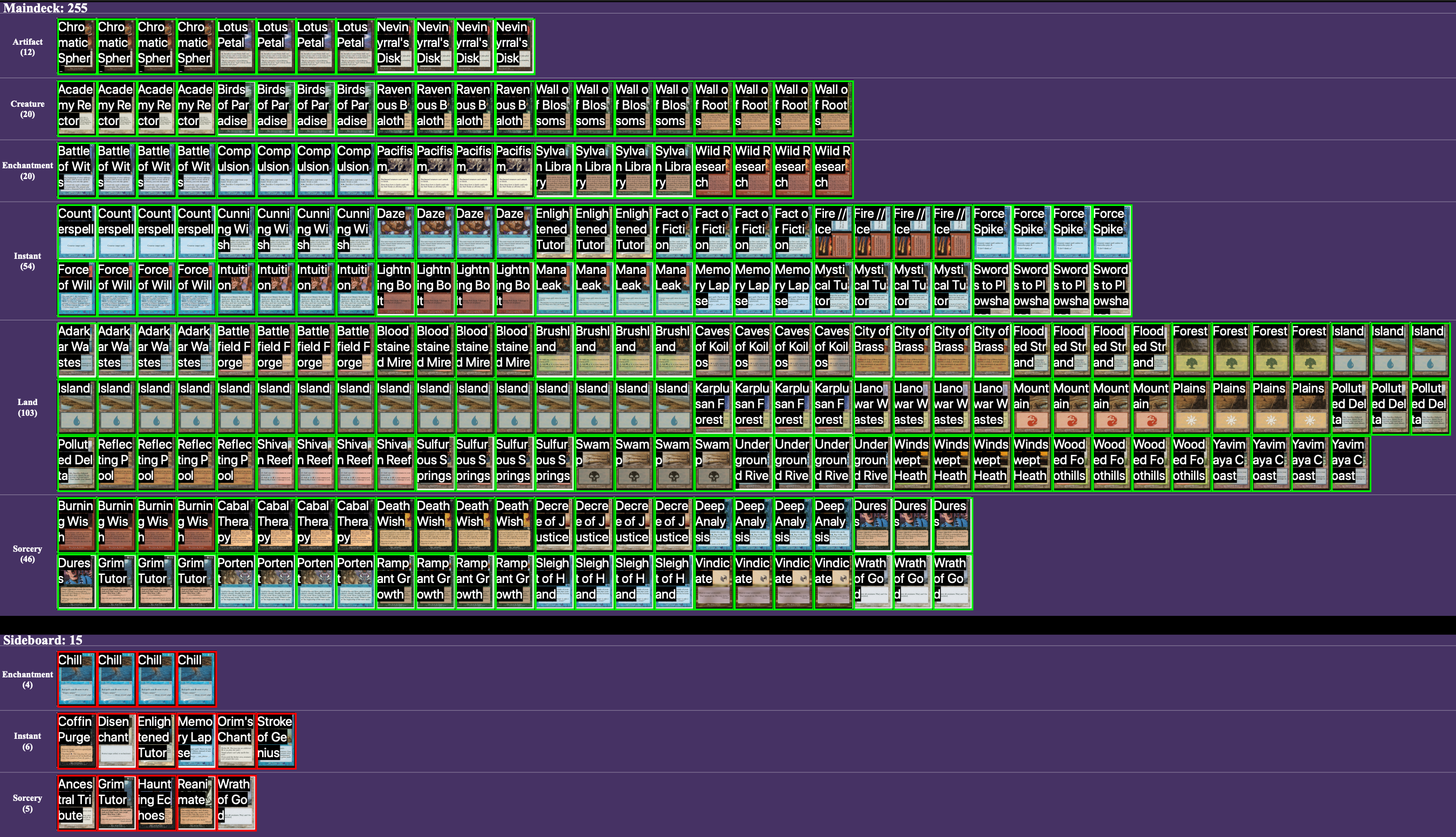 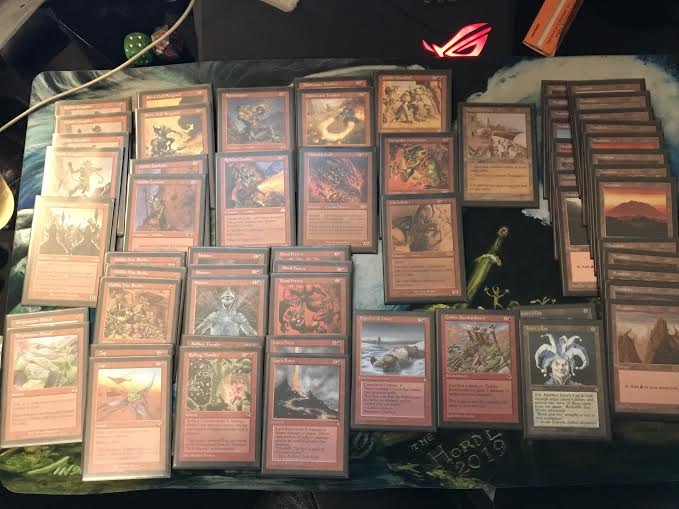