It’s Old School Players Ball week! As our anticipation crescendos, we are pleased to provide this retrospective of the ‘18 Ball by Cam Wall, known brewer, lover of strong coffee and dear friend of the Lords. Thanks for sharing, Cam!

Once more into the breach, my brothers and sisters. The third Old School Players Ball is less than a week away and the Lords have graciously allowed me to Hack the Gibson with my time machine and tell you about my experience at last year’s Ball.

My first foray into the national OS Magic scene was at the 2018 Ball. I spent some formative mid-90s years in NW Illinois (go Freeport Pretzels!) and talked my dad into travelling to Chicago with me to see family and friends before the Ball. I dropped him off in Savanna on Friday morning and started off on my drive through the rolling cornfields of Central Illinois, listening to old episodes of All Tings Considered. 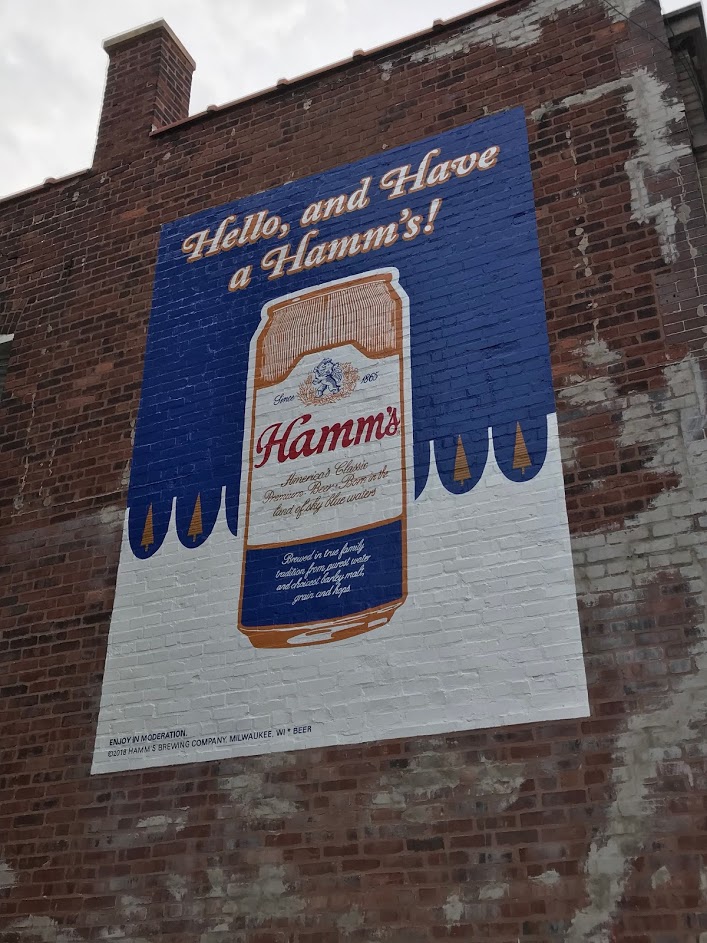 I got into the City Friday afternoon and checked into an Airbnb in Logan Square. I first met up with Bill Schriver, a Lord of the Pit I’d chatted with via Discord. We got some coffees and sat down to battle. I had mono-red goblins and a GW control build, but Bill busted out 4C Enchantress on my ass. As he played, as I mostly watched, we talked about the City and our respective entries into OS. It was a great start to the weekend and as we bro-hugged at the end of our session, I could feel the excitement of the weekend kicking in. 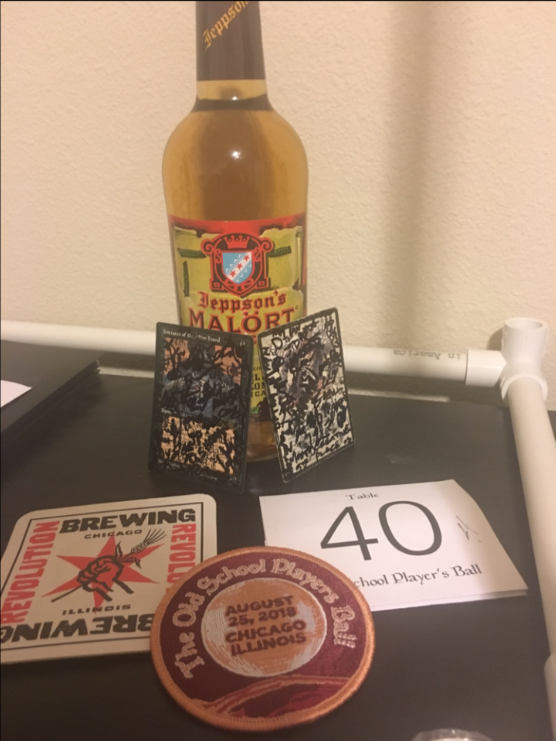 I met up with my two Airbnb mates, alterist Dustin Brossard and ‘19 Summer Derby Champ Jared Doucette, and we swapped deck techs and travel complaints. Jared split off to partake in Elliot Davidoff’s fully black-bordered cube while Dustin and I went to an impromptu Friday night Lords meet-up.

The events of that night are a little hazy, but highlights include:

Cayce Grissom repeatedly Bolting me, giving a cheer in that Southern drawl with each one;

I Goblin Grenaded everything in sight but the games didn’t really matter. No one cared who won or lost, they just wanted to hang out and play with friends. This would be a recurring theme from the weekend. Dustin and I somehow made it back to our Airbnb and we re-tooled his deck based on Duals he had traded alters for that evening.

We awoke Saturday morning, picked up Winston Wood and Mark Brothers, two OS staples from the Free State of Texas, and grabbed breakfast at a local diner. As we slammed chicken fried steaks, we talked about our decks and snuck a few quick games in. Citanul Druid made an appearance and, to be honest, I wasn’t sure what I was walking into. 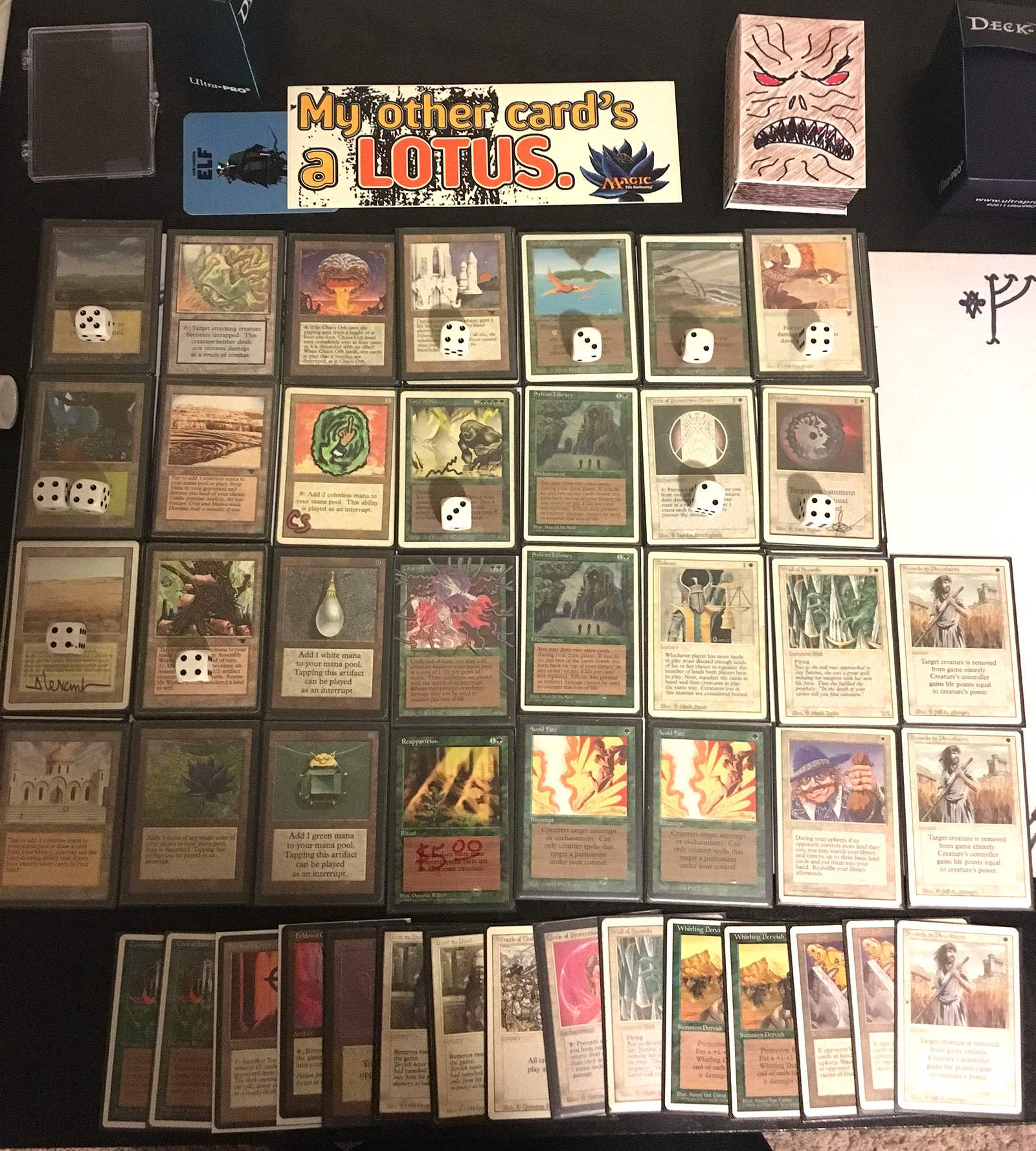 We arrived at Revolution a few minutes before noon and spied a horde of 30-something guys sporting backpacks, cargo shorts, and black denim vests. The event organizer, “Azorius” Bob Agra, handed us our registration slips and Ball patches, and in we went.

I’d recently acquired a set of CE P9 and thought to try it out at the Ball… but I also love Force of Nature. I know it’s a bad card but I keep coming back to it. I built a GW control shell around it, using Sylvan Library, Land Tax, Circle of Protection: Green, and Spirit Link. I hoped to show my new friends that OS isn’t about the cards you play but how you play them.

Again, I only remember a few highlights from this event, but what sticks out in my mind is the number of hugs, handshakes and great conversations.  As anyone could probably guess, I got shelled by Serendibs, Lightning Bolts and Nether Voids and basically every other deck I came across. I lost to Kobolds when my Chaos Orb was Artifact Blasted (I didn’t even know that card existed prior). I lost to Bob’s prison build. (I cast a Black Lotus for three mana though!) I lost to Stasis. I lost to a Shivan Dragon.  At the end of the day I was in last place and I could not have cared less. I got a group-signed Preacher for my deck originality and more beers than I could count from my awesome opponents.

The Ball was one of the top five days of my life. Even now I have a hard time articulating the feelings that day left me with. I cannot wait to see all the pictures and hear all the stories from this years’ Ball!

To all my friends, I hope you have as good of a time as I did.

Check back with lordsofthepit.com throughout this week as we provide additional pre-Ball hype. We’ll see you soon!

← Pitcast - Pack A Lunch
Before Geek Was Chic →