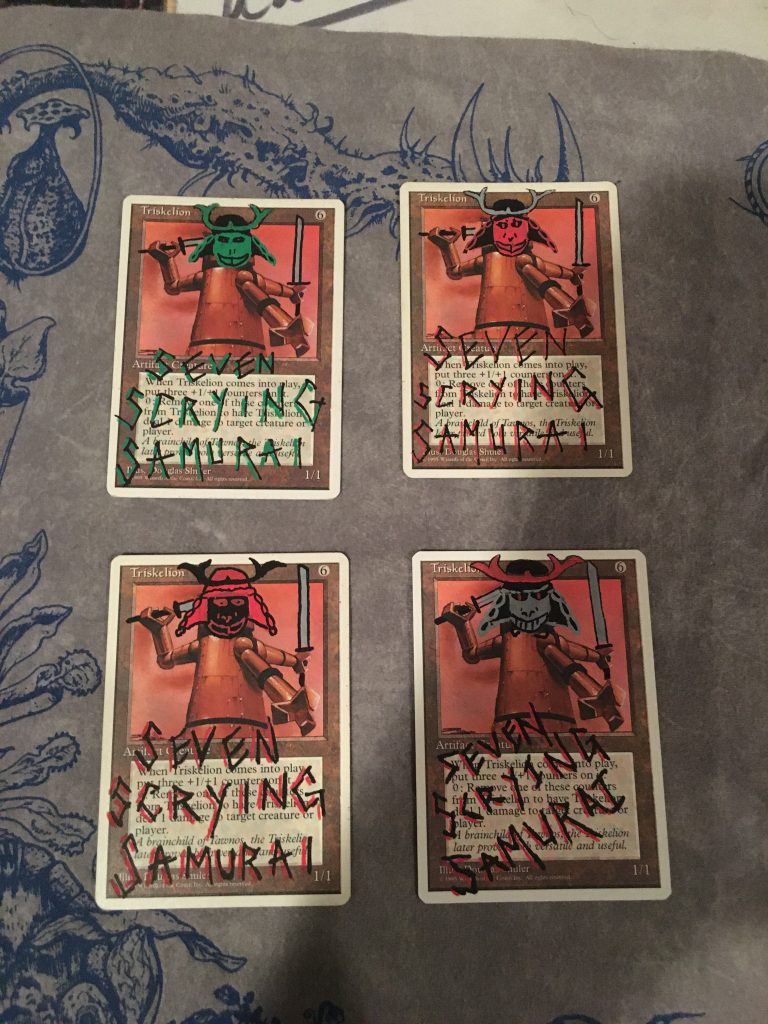 While the Lords originally planned to use Scryings at the now-scuttled Relic War IV, this round robin took place under the backdrop of virulent death and economic chaos. After six weeks of strictly complying with a government stay-at-home order, I was starting to feel complacent. Where were the massive waves of illness and death that were supposed to wipe out the U.S. medical system? It didn’t happen because the scientists were right… I’ll explain what this has to do with Old School MTG below.

There is plenty of chatter about the oppressiveness of unrestricted Strip Mine in the Eternal Central format. I know because I am one of the loudest voices calling for Strip’s restriction. Repeatable, uncounterable land destruction can lead to non-games of Magic, and I’ve become complacent to the ubiquitous nature of Strips. 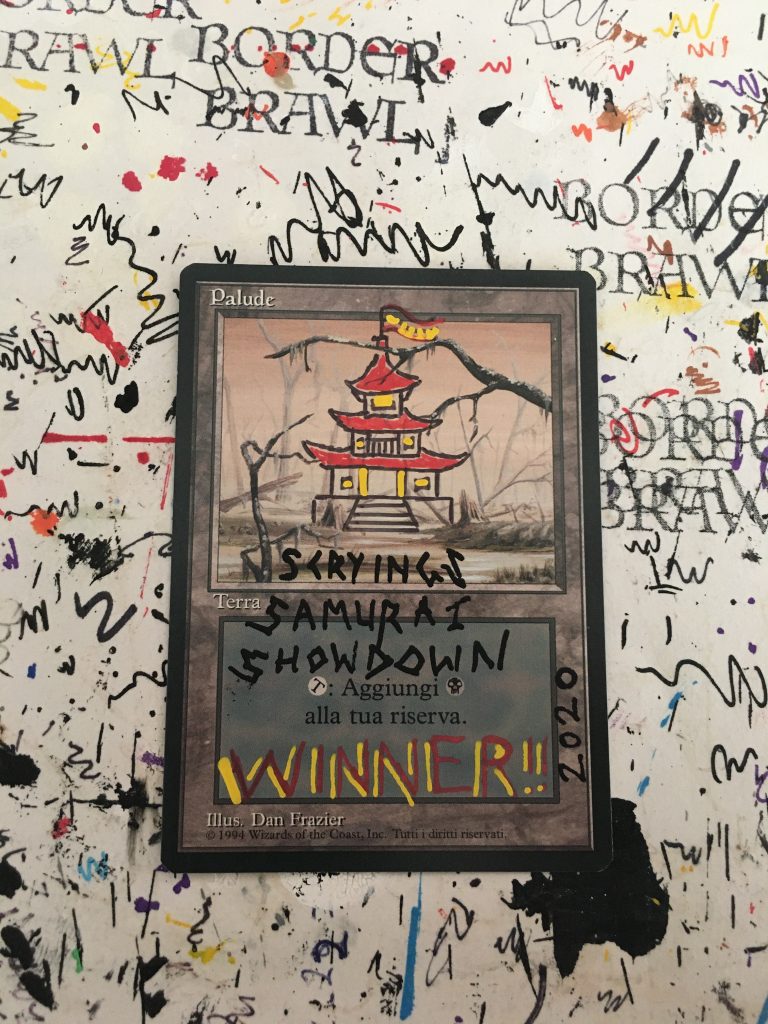 Now fast forward to the Seven Scrying Samurai showdown. I stared down a Reanimator stew utilizing Bazaar of Baghdad, Krovikan Horror, Ashen Ghoul, Dance of the Dead & Animate Dead, and some of the baddest fatties in Old School.  Suddenly, my complaints about Strip Mine felt quaint. Time after time, I watched Moss utilize the Bazaar/Horror engine to draw a stupid number of cards and ball me back to the stone age. I came to the realization that I had become comfortable in the uncomfortableness of playing with four Strips and when they were gone, unforeseen problems arose.

A variety of stews turned up in our event, including Monogreen Stompy, Stormbind Zoo, Disko, plus decks built around Natural Order and Empyrial Armor. I brewed up a 4C Goblins deck based around Goblin Tinkerer, Goblin Vandal and Goblin Grenade. To the surprise of exactly no one who knows me, I also included Singleton copies of Balduvian Hordes and Shivan Dragon. Cardkingdom’s mailing delays meant I was playing Goblin Balloon Brigade over Vandal, which didn’t really matter, in the scheme of things. 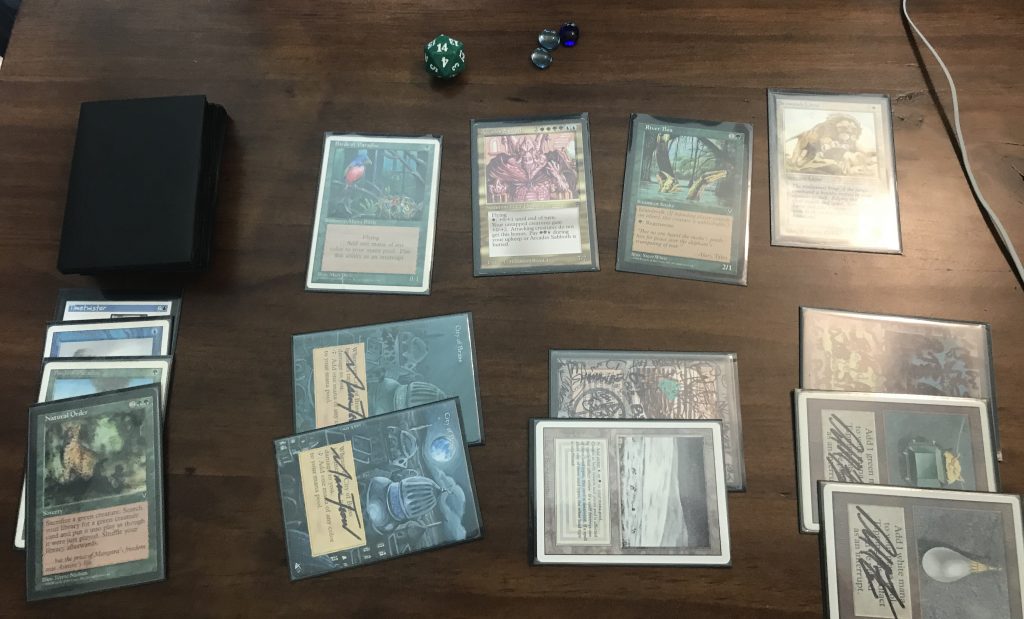 A handful of thoughts from the field: 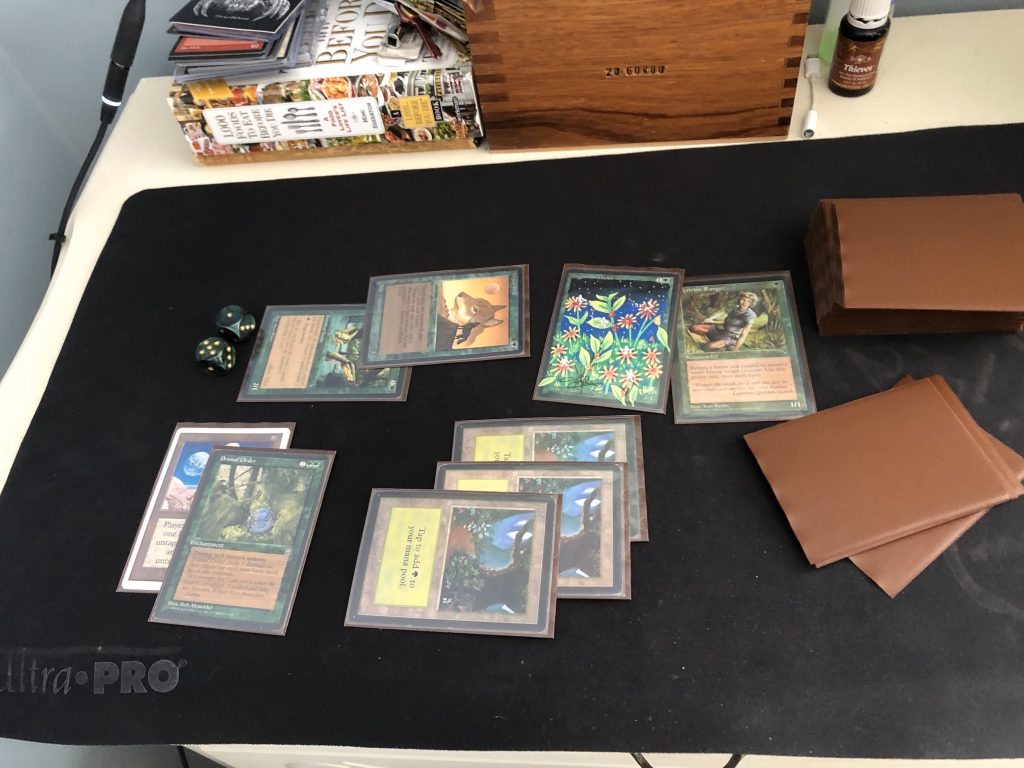 I went 0-for the tournament, but had tons of fun. These types of small Gatherings are the perfect setting to try new ideas or cards you’ve never played with and see what happens. I sideboarded in a pair of Zur’s Weirdings against Papa Shane, and played one early followed by a Wheel of Fortune. Talking through all of the interactions was awesome and I learned a lot about casting that card. (I also cast it against Derek when I had three Grenades in my hand, but no goblins. Guess what I didn’t see for the rest of the game?)

Nick Viau proved to be our Shogun, besting the septet with his Disk/Egg/Troll deck. He plays different versions of this list across several formats and his passion for Disk shines through. I’m really happy for my friend picking up this victory. Each participant got a Fourth Edition Triskelion with a Samurai mask inked on it. Thanks to all the other Samurai for enjoying this game that we love together. I can’t say enough good things about the #MTGUnderground, so I’ll end with a request for everyone: wash your hands, stay home, and keep casting Mind Twist on Turn One. 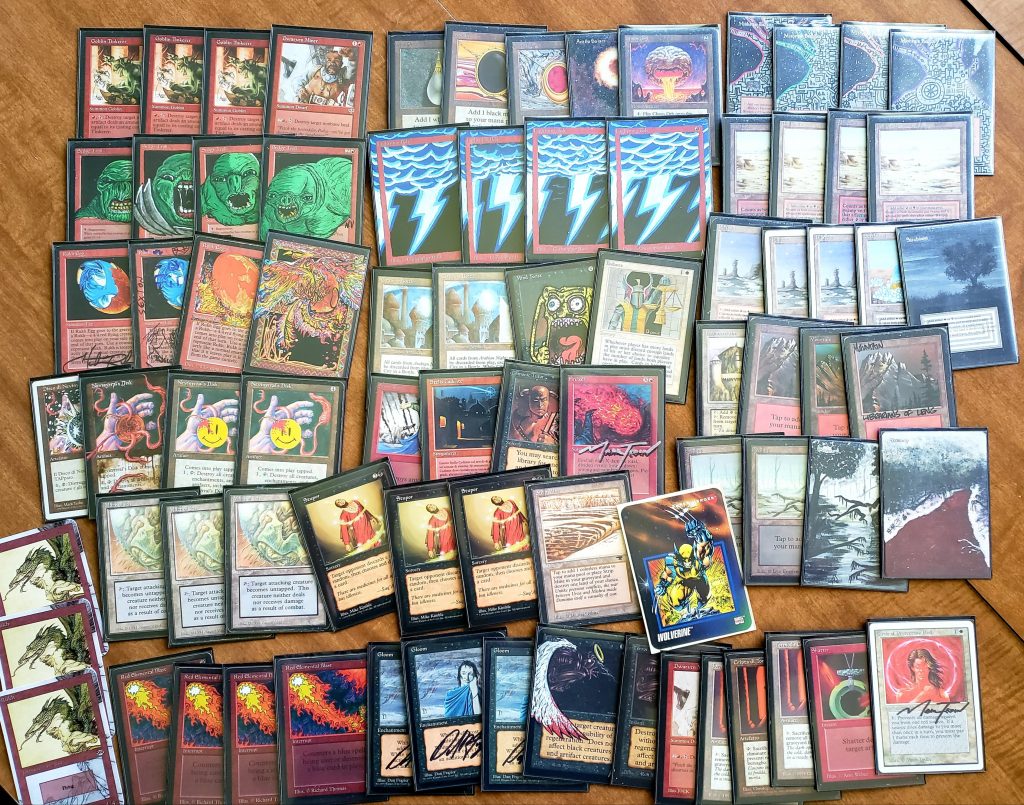 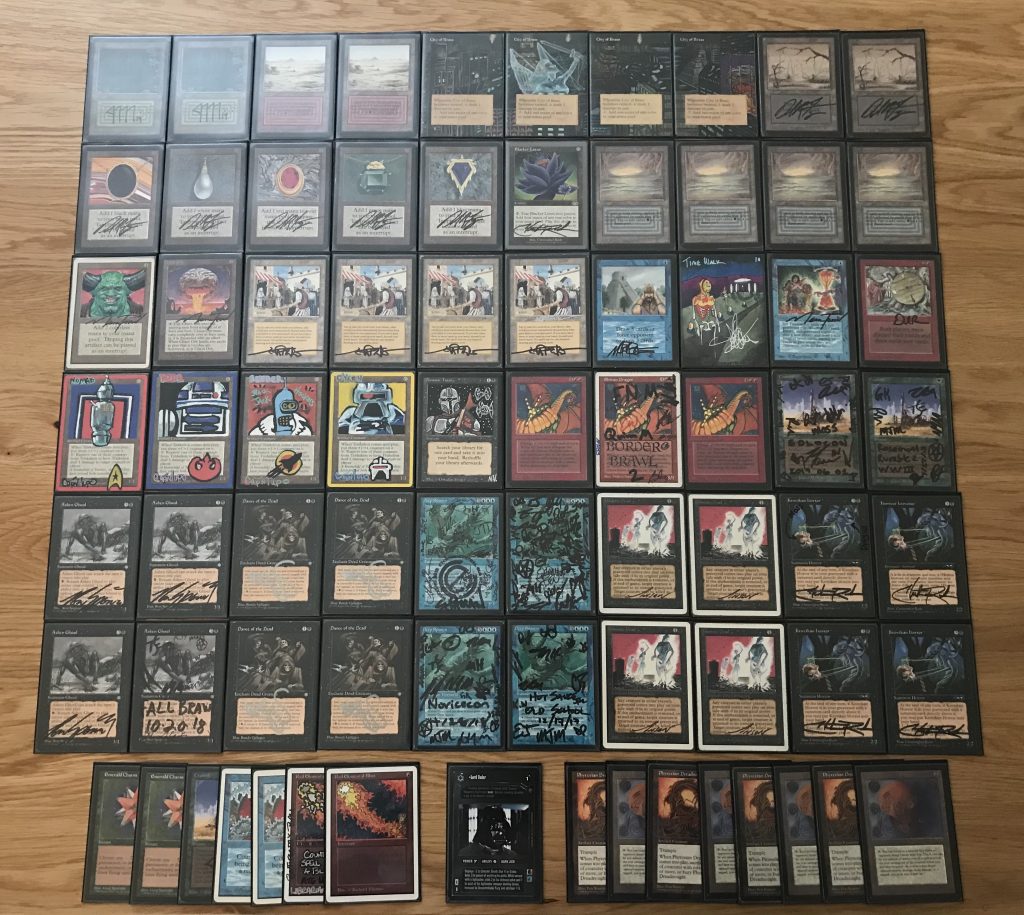 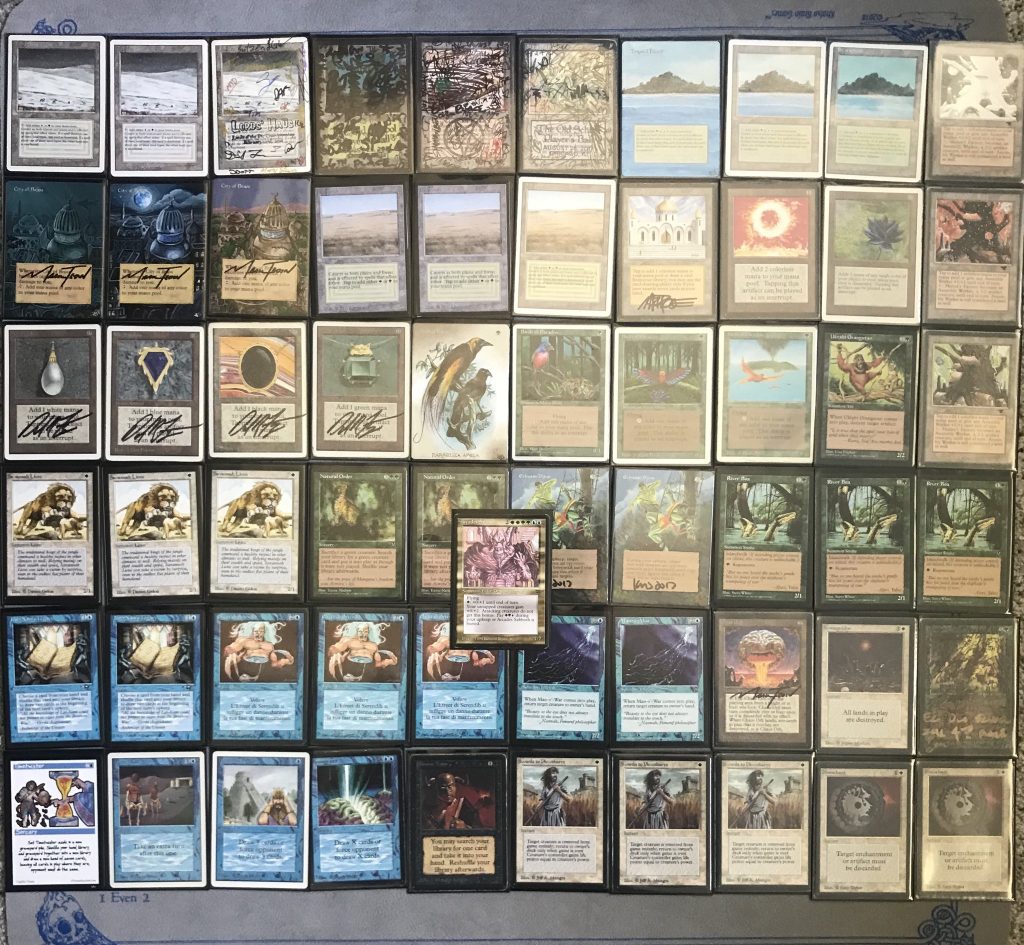 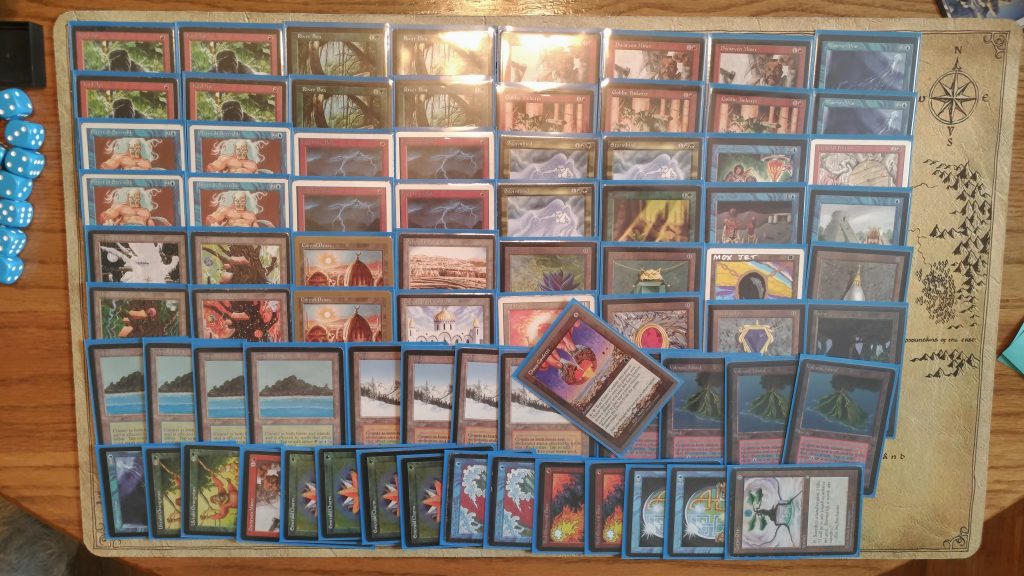 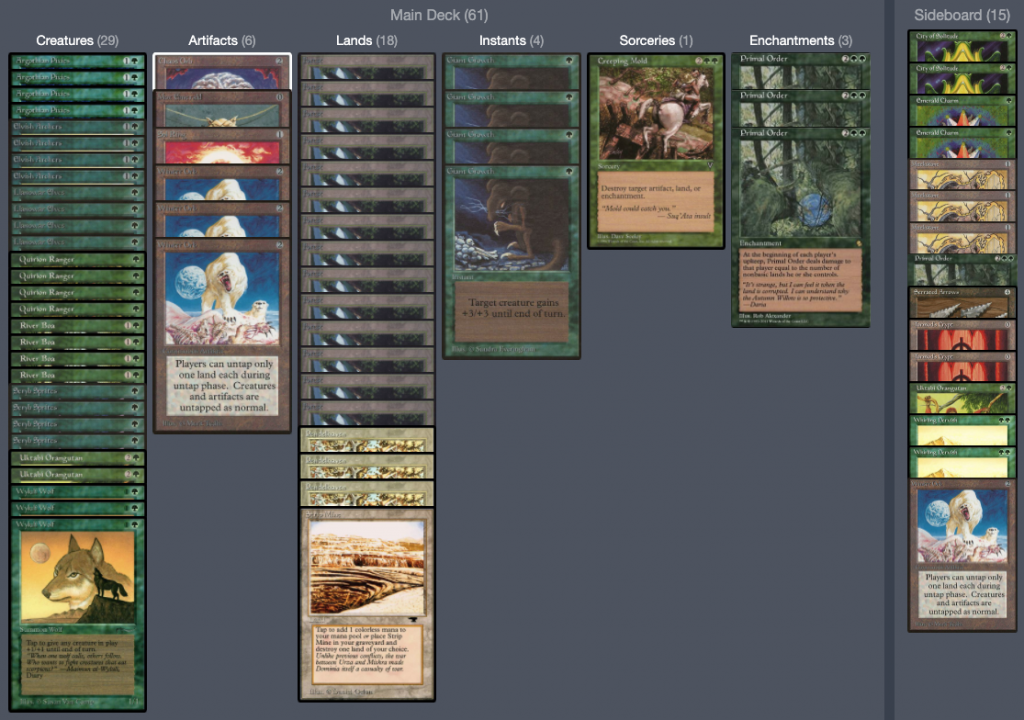 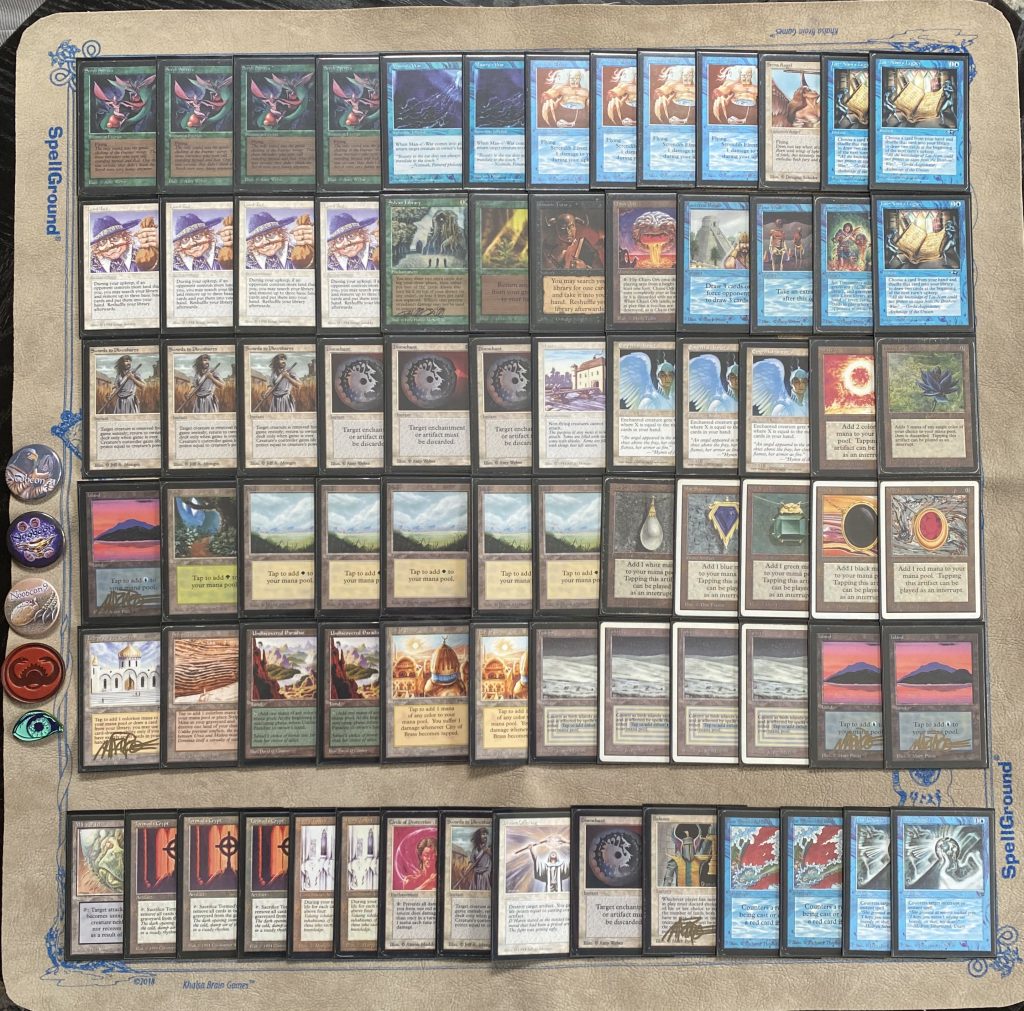 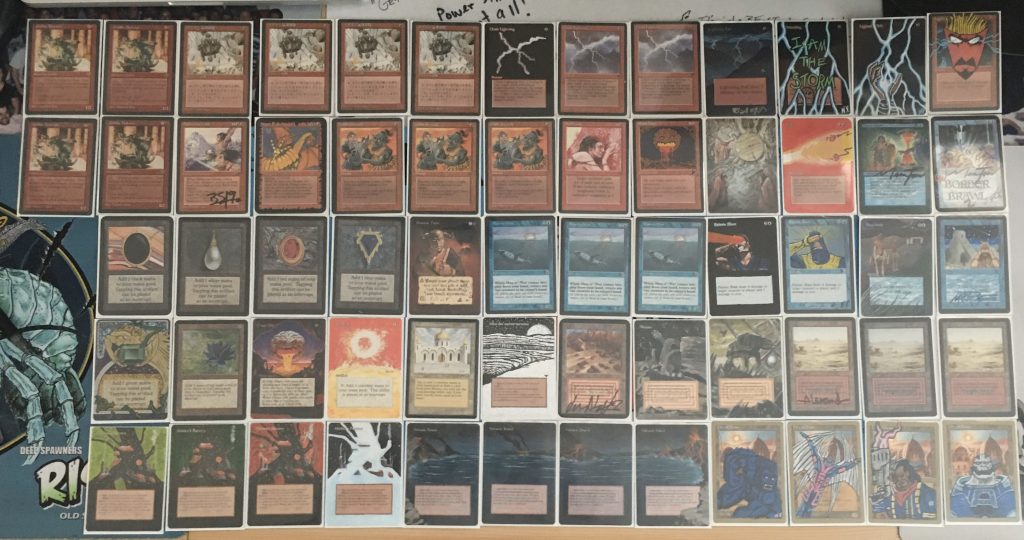