Pittsburgh is a fat lady jabbering at the bus stop. She mistakes me for someone who gives a damn, For a native son of her gray industrial breast. - (Terrance Hayes, “Pittsburgh” 1-3) 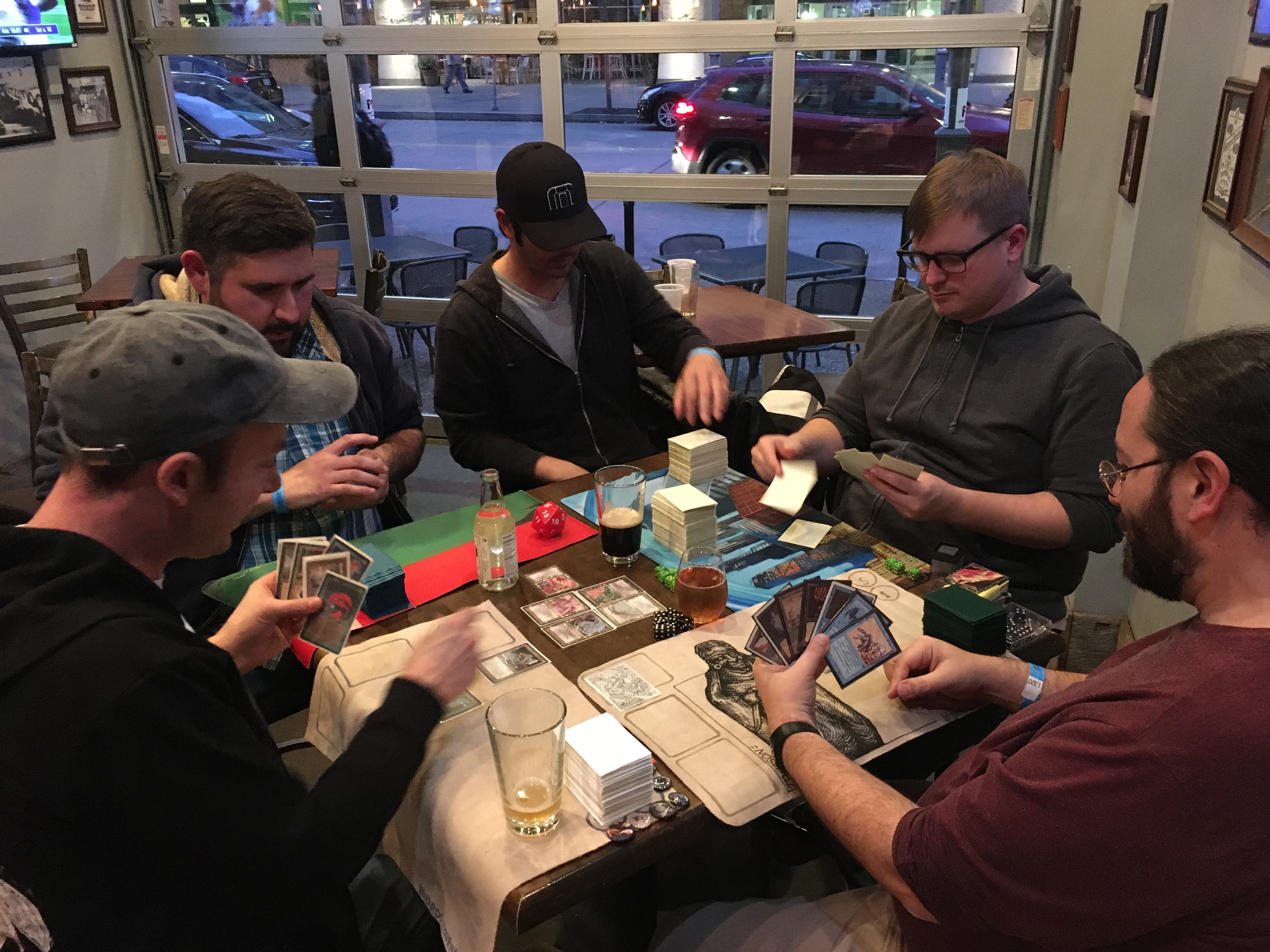 Amid the frenetic Saturday evening of Eternal Weekend 2019, five mages surrounded a hightop table at Mike’s Beer Bar. An all-out war was underway, overtaking grizzled veterans and new challengers alike. After a protracted struggle, only one shell-shocked survivor emerged from his foxhole with a hard-fought victory.

The maelstrom began after some Helter Skelter deck building. Lords Semmens, Silenus and Agra were joined by newcomers Jason Schwartz and Matt Hahn, each seduced by the promise of overcost spells, rules mistakes and janky interactions. When the time came to select a representative, the Council’s typical contest among Elder Dragons was upended by the addition of a legendary human wizard: 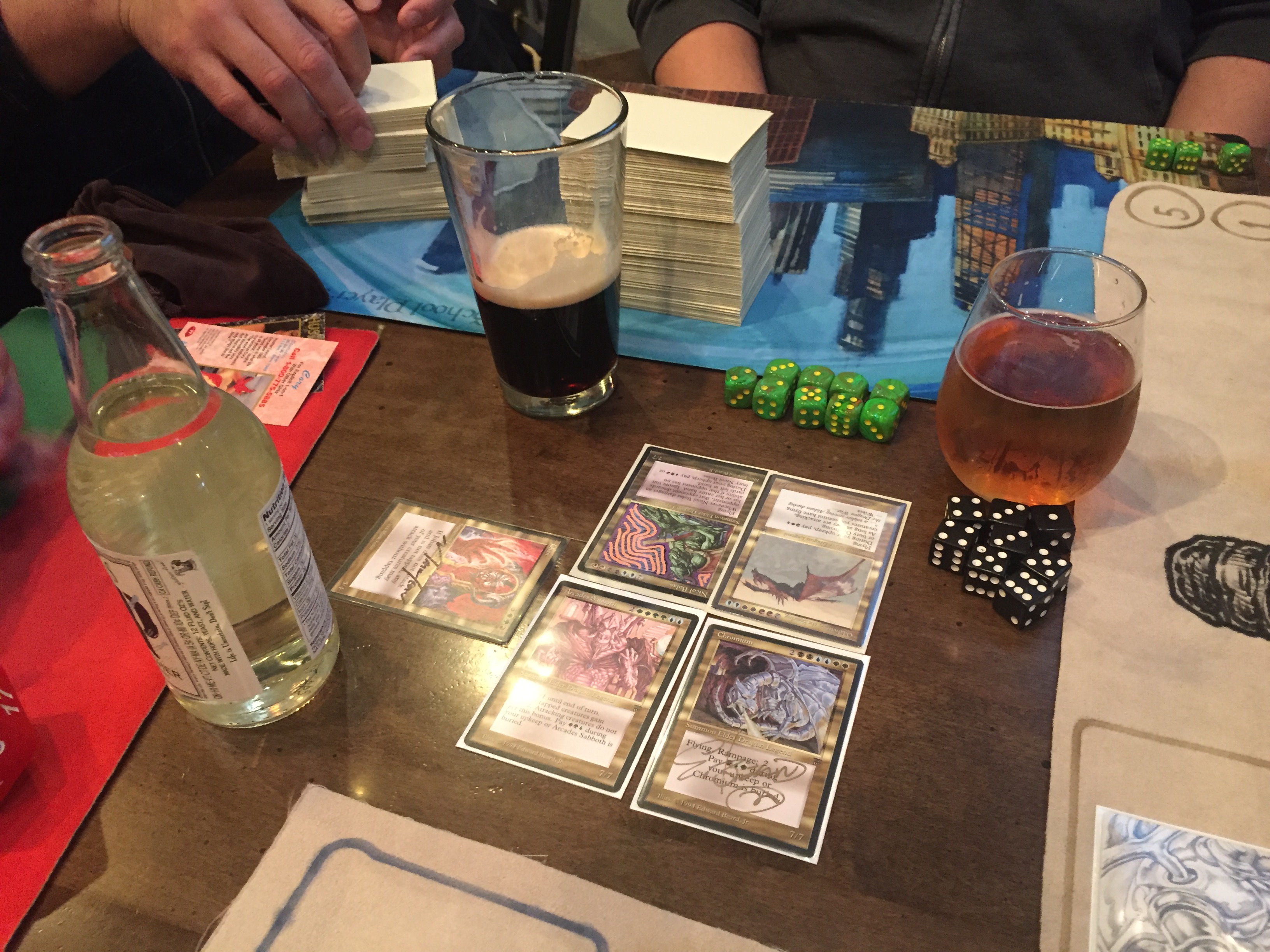 After opening with a few turns of drawing cards and playing basic lands, Lord Semmens began erecting a pillowfort using Powerleech and Urza’s Chalice. Schwartz produced early threats in the form of Serendib Efreet and Serra Angel. Before long the remaining generals had summoned an array of creatures, creating a considerable logjam for anyone looking to go on the offensive.

It was at this point that the first rules mistake was made. Relying on the ancient card text rather than Oracle, the group decided that Agra’s Steal Artifact would stick to the battlefield despite losing its originally enchanted Jayemdae Tome to Dust to Dust. (As an Aura, Steal Artifact should’ve gone to the graveyard following Tome’s exile.) Although Schwartz had assembled an intimidating boardstate, thanks in part to Land Tax, Semmens’ blind rage led him to retaliate against Agra for Stealing his favorite reading material. Semmens evened the score by enchanting the now-empty Steal Artifact with Feedback. This suboptimal play later turned out to be quite fortuitous. 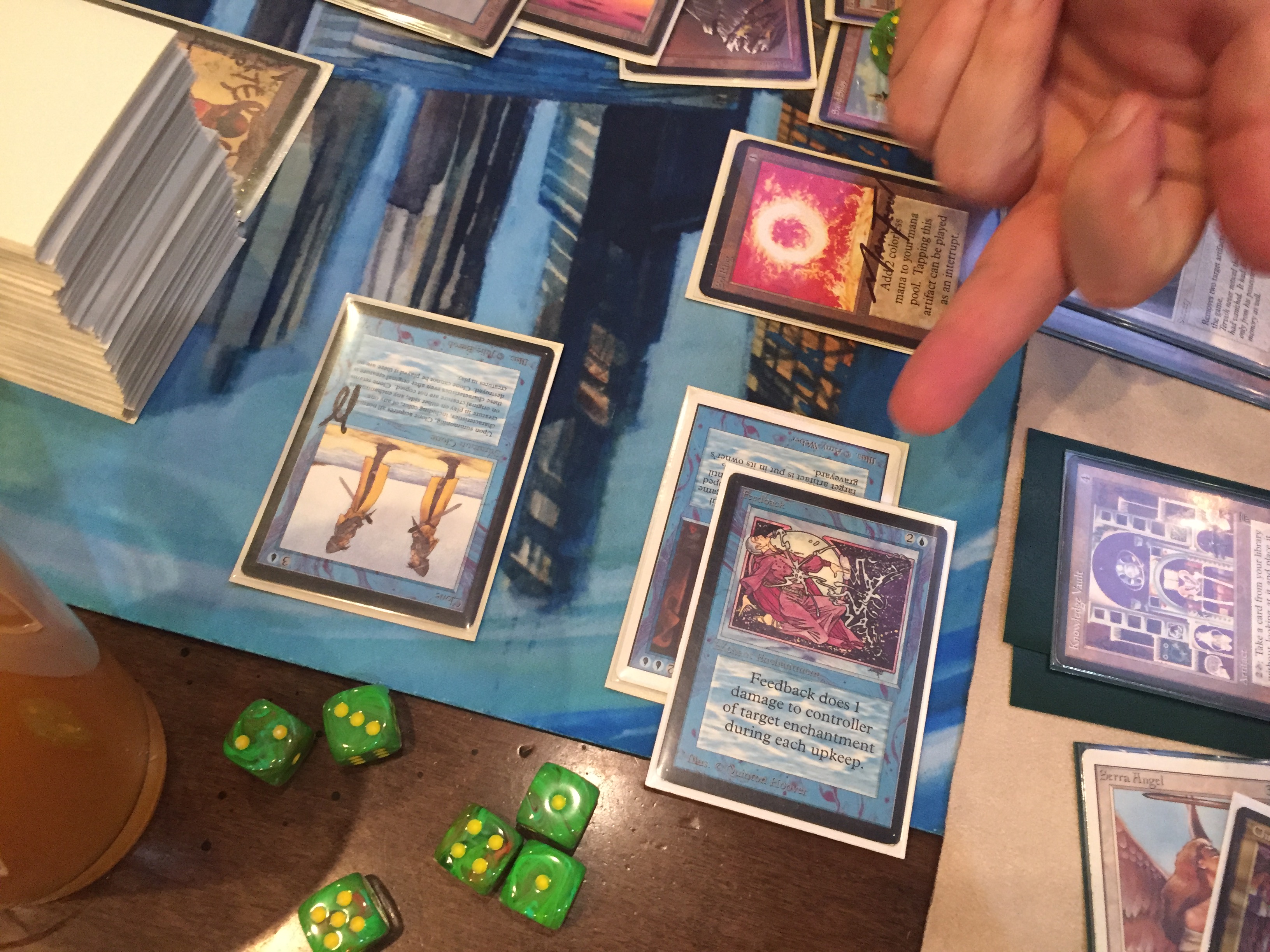 Powerleech and Urza’s Chalice slowly ticked up Semmens’ life total as the other players developed a stalemate. Johan, Chromium, Odahviing and Nicol Bolas all entered the game. The gridlock was furthered by Schwartz’ Moat, Hahn’s horde of ground creatures and Mazes of Ith under the control of Agra and Silenus. Hahn and Semmens, meanwhile, fought over control of two Preachers and Rubinia Soulsinger. 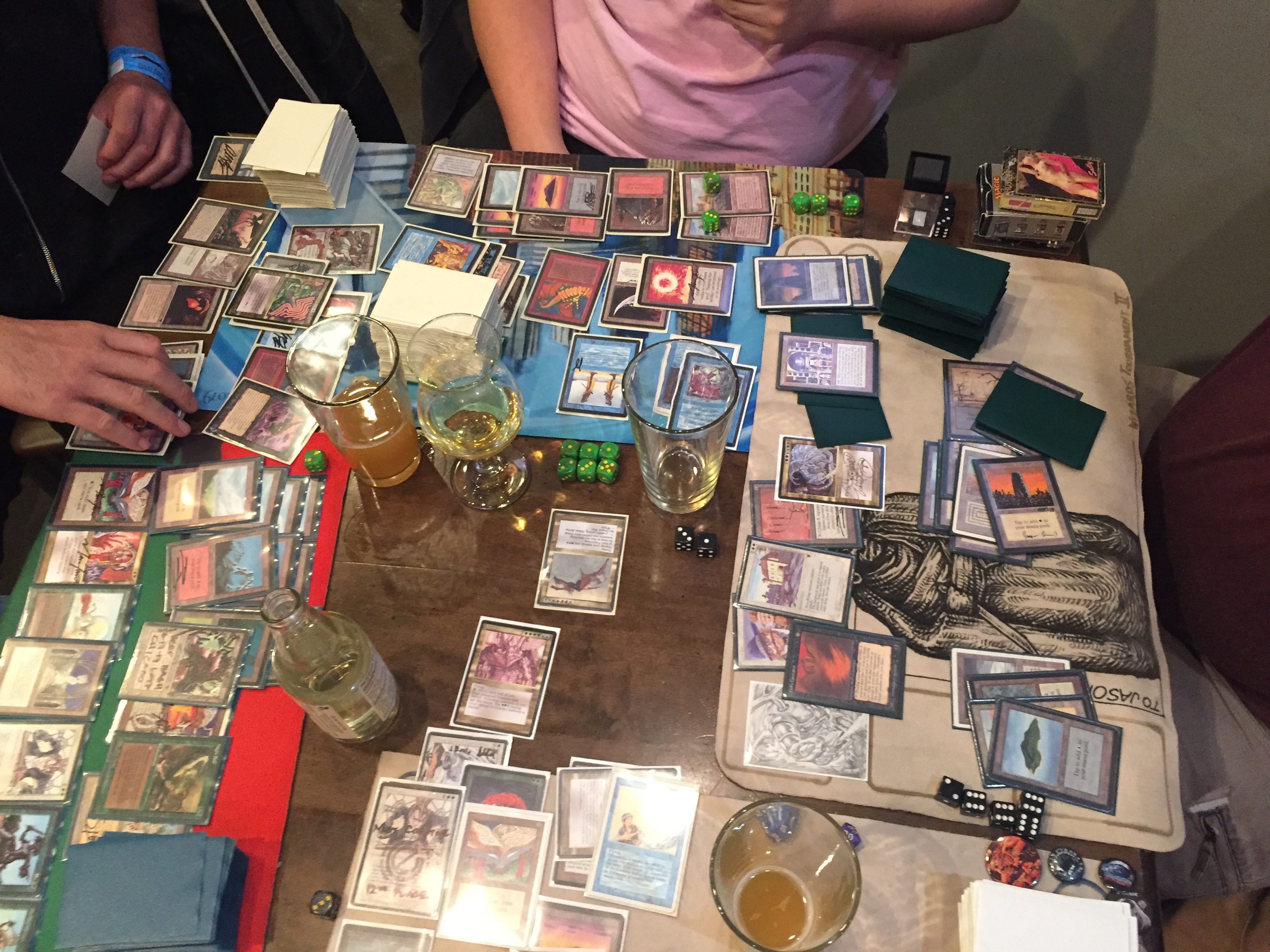 Finally, a break in the slog: Hahn put a nine-point Hurricane on the stack. The high winds cleared the skies of every flyer on the battlefield and sent nine damage to each player’s dome, except for shifty Lord Agra, who instead gained nine thanks to Reverse Damage! As the other players licked their wounds, Agra seized the opening and used two storage lands to make 18 mana and cast a mighty Fireball, targeting Schwartz. The Esper wizard was thus eliminated by the spectacular conflagration and freed to roam the brisk Pittsburgh night. 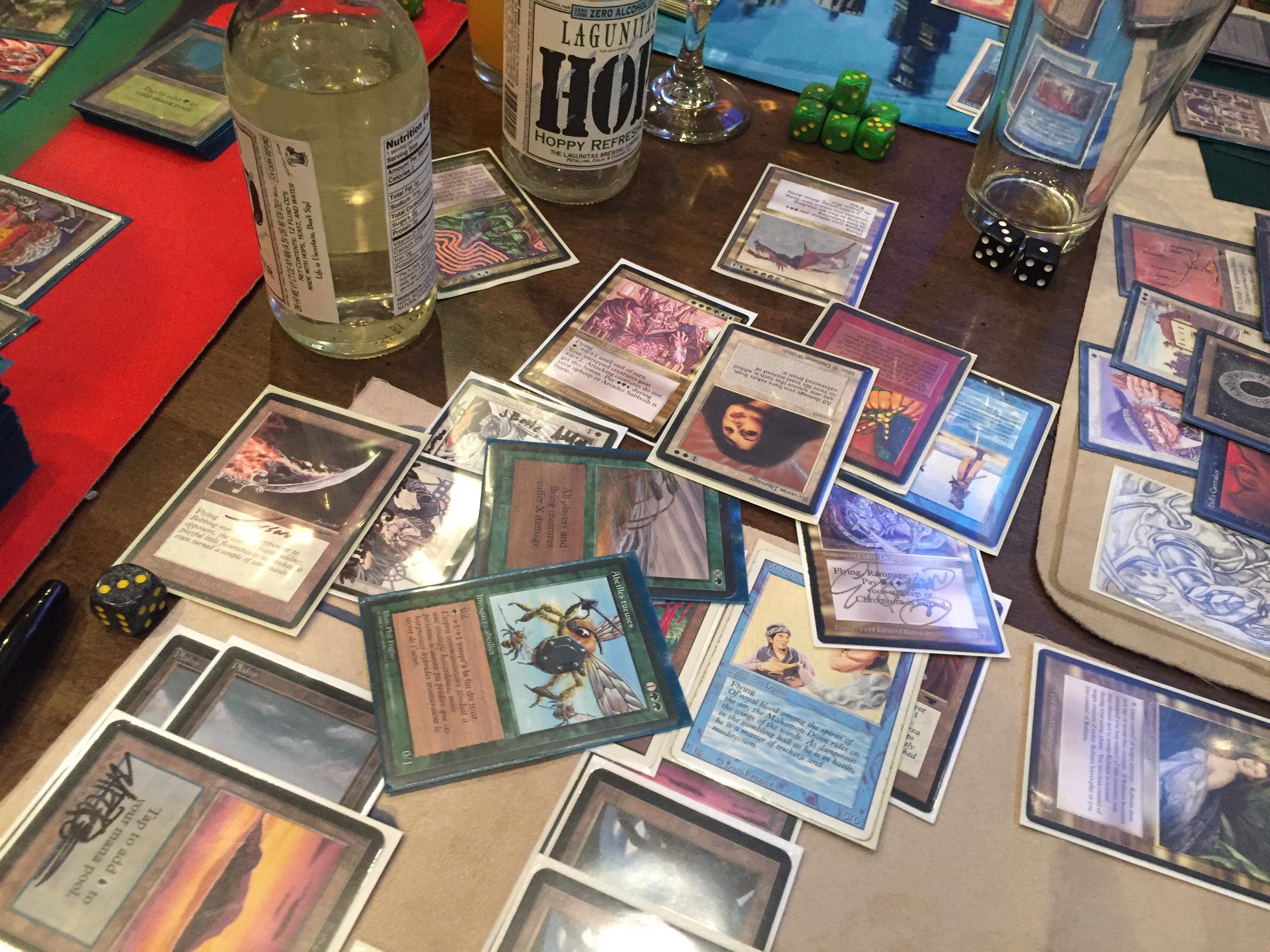 A few turns round the table and Nicol Bolas and Odahviing descended again from the Command Zone, circling the skies in search of an easy meal. The winds picked up again as Semmens cast a Hurricane of his own, this time for 11 damage. Not only were the Elder Dragons slain, but so too was Hahn and his Naya horde. Undeterred, Silenus and Agra again summoned their mighty dragons despite the increased tax. 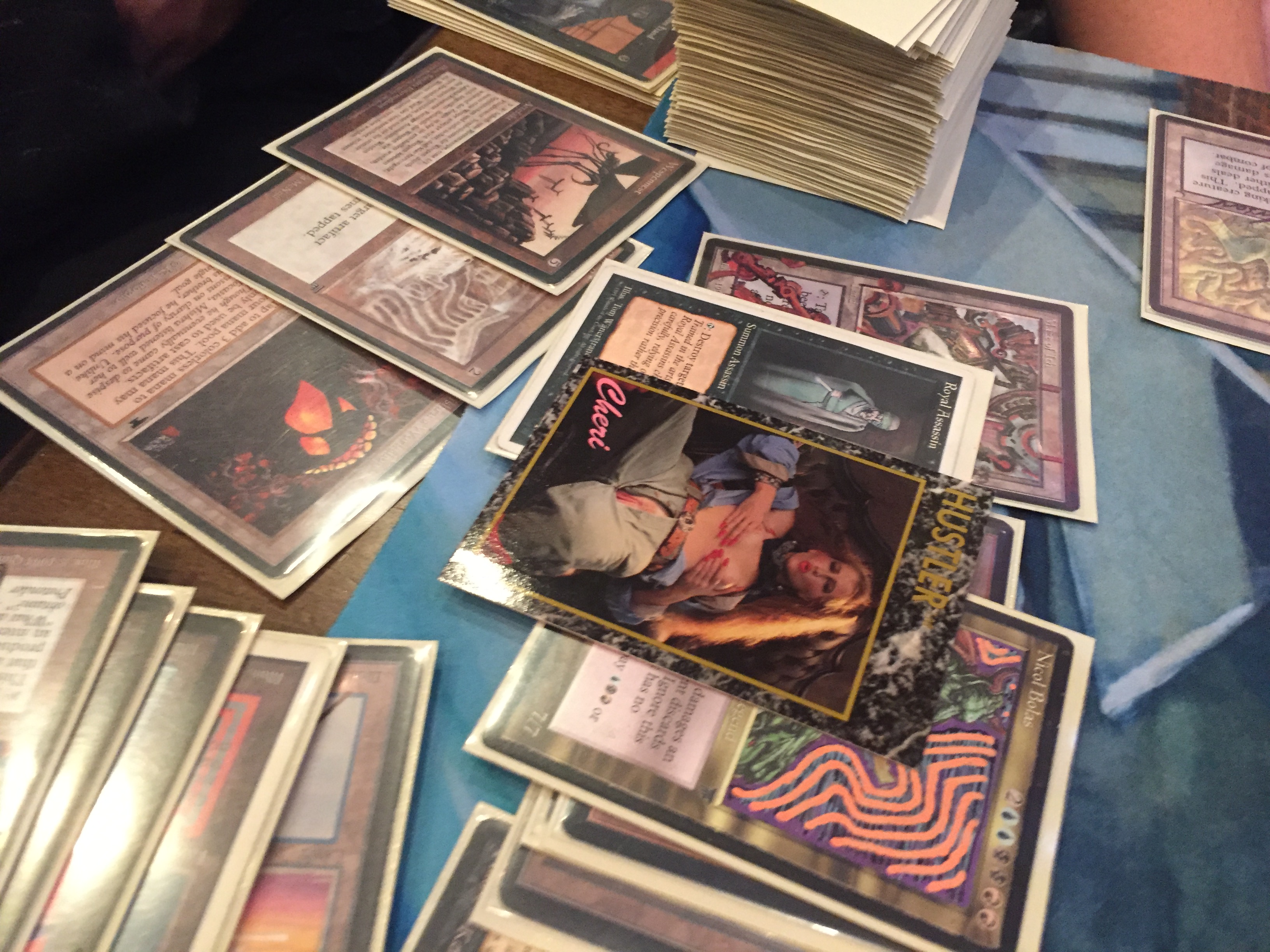 Semmens deployed Lifeblood, putting Silenus and Agra (both on red) further behind on life. Needing more firepower, Semmens then Reconstructed the ever-potent Aladdin’s Ring from his graveyard. Agra used Copy Artifact to make his own Ring. Semmens stymied both Bolas and Odahviing from attacking for what seemed an eon thanks to Greater Realm of Preservation, but the tide turned as Silenus Transmuted for his Chaos Orb with Guardian Beast in play! With the Orb activation on the stack, Semmens dispatched the Beast using Ring, avoiding the lockout. Agra resorted to using Swords to Plowshares on his own Commander in a desperate attempt to regain some of the life that had been whittled away by Feedback. After Greater Realm was destroyed by Orb, Silenus thought he finally had Semmens on his heels, but a timely Blue Elemental Blast by the Bant wizard removed the evil Grixis dragon for a third time. 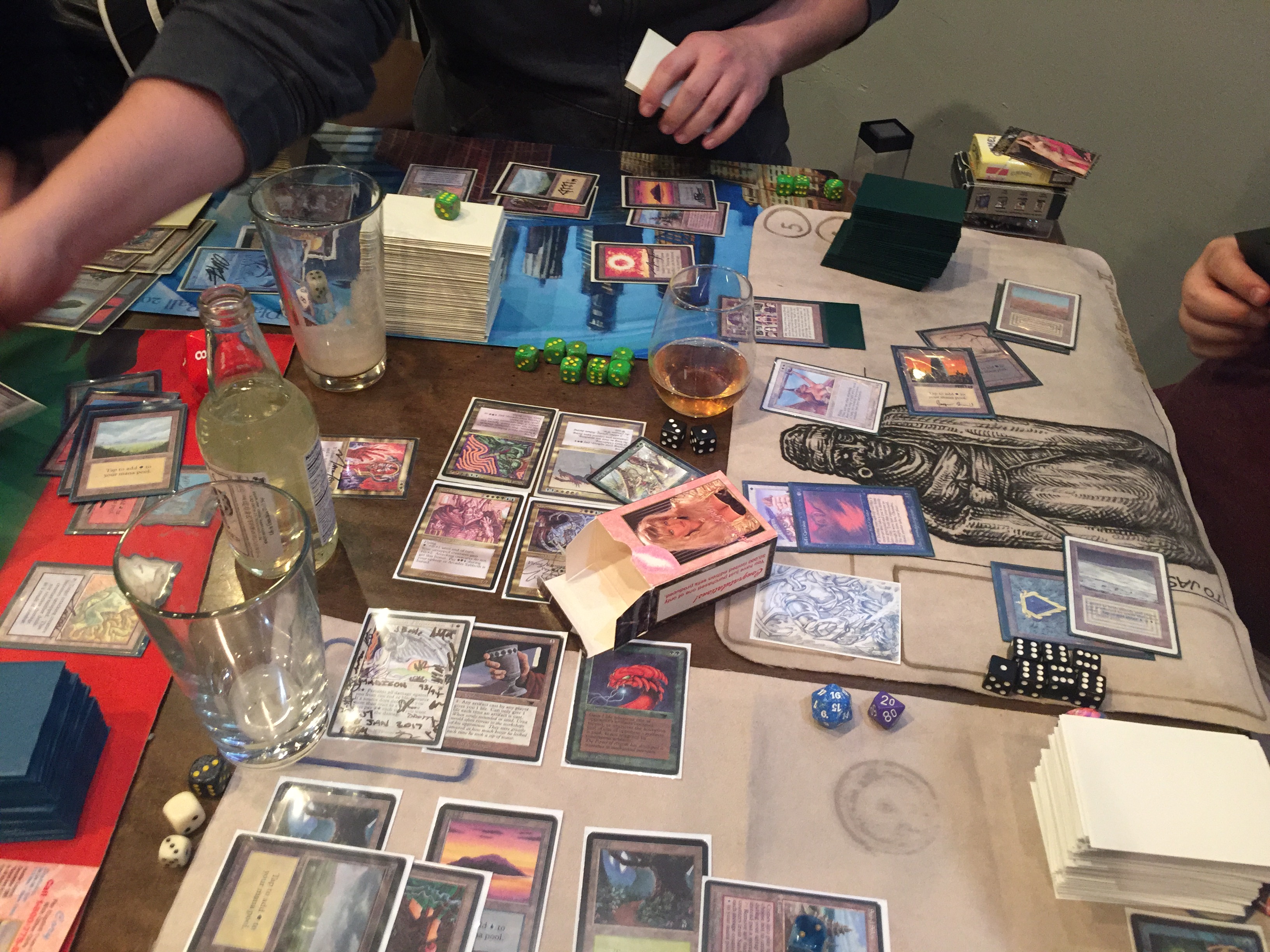 With the persistent Feedback draining his life total, Lord Agra continued to flail against his opponents. A 14-point Disintegrate followed by a Lightning Bolt annihilated Lord Silenus. The effort was bittersweet for the Jeskai mage, however, as Semmens’ life total kept increasing due to Lifeblood. The combination of Feedback together with Aladdin’s Ring proved lethal and at the two hour mark Lord Semmens finally suffocated Agra for another dramatic victory in OS-EDH. 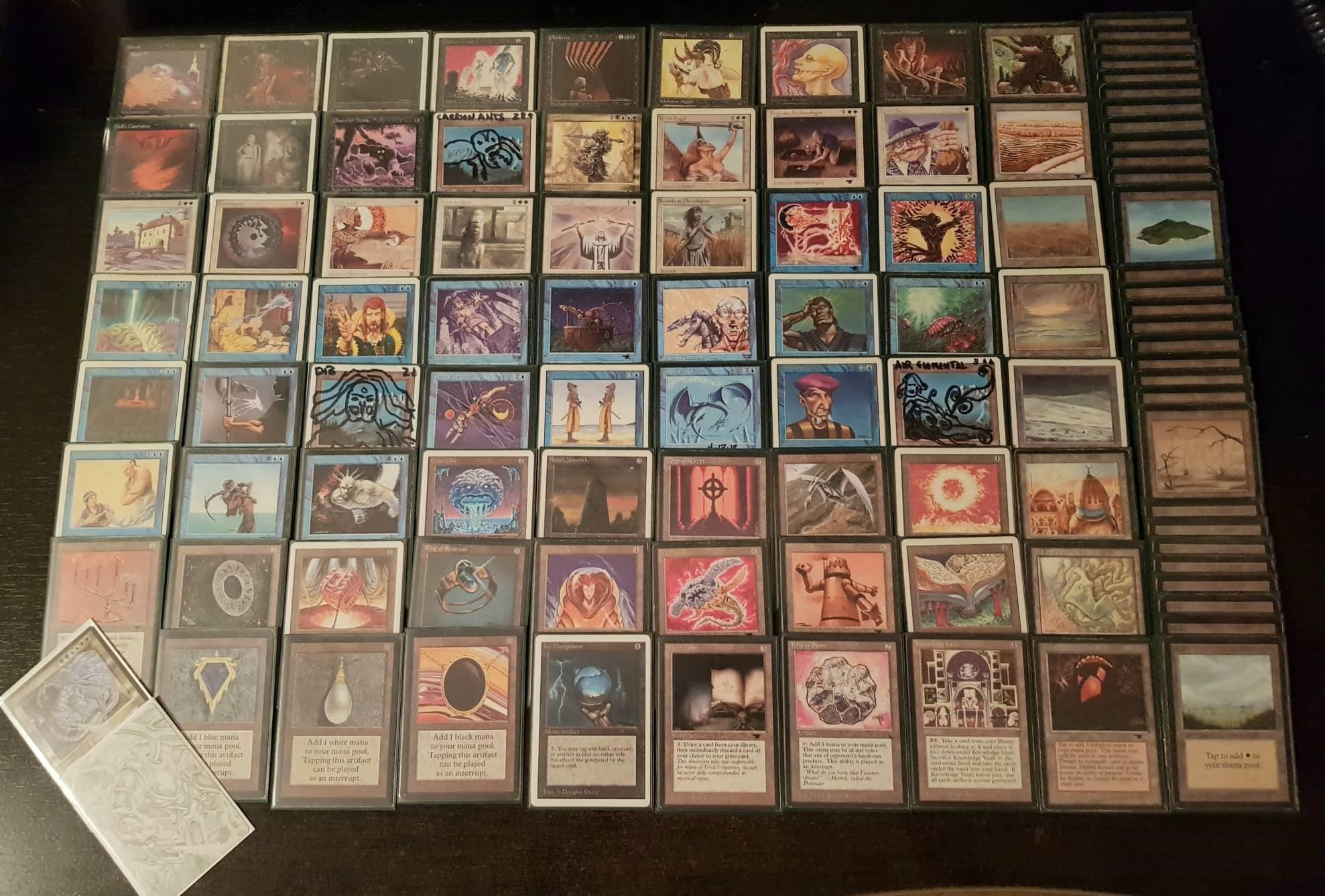 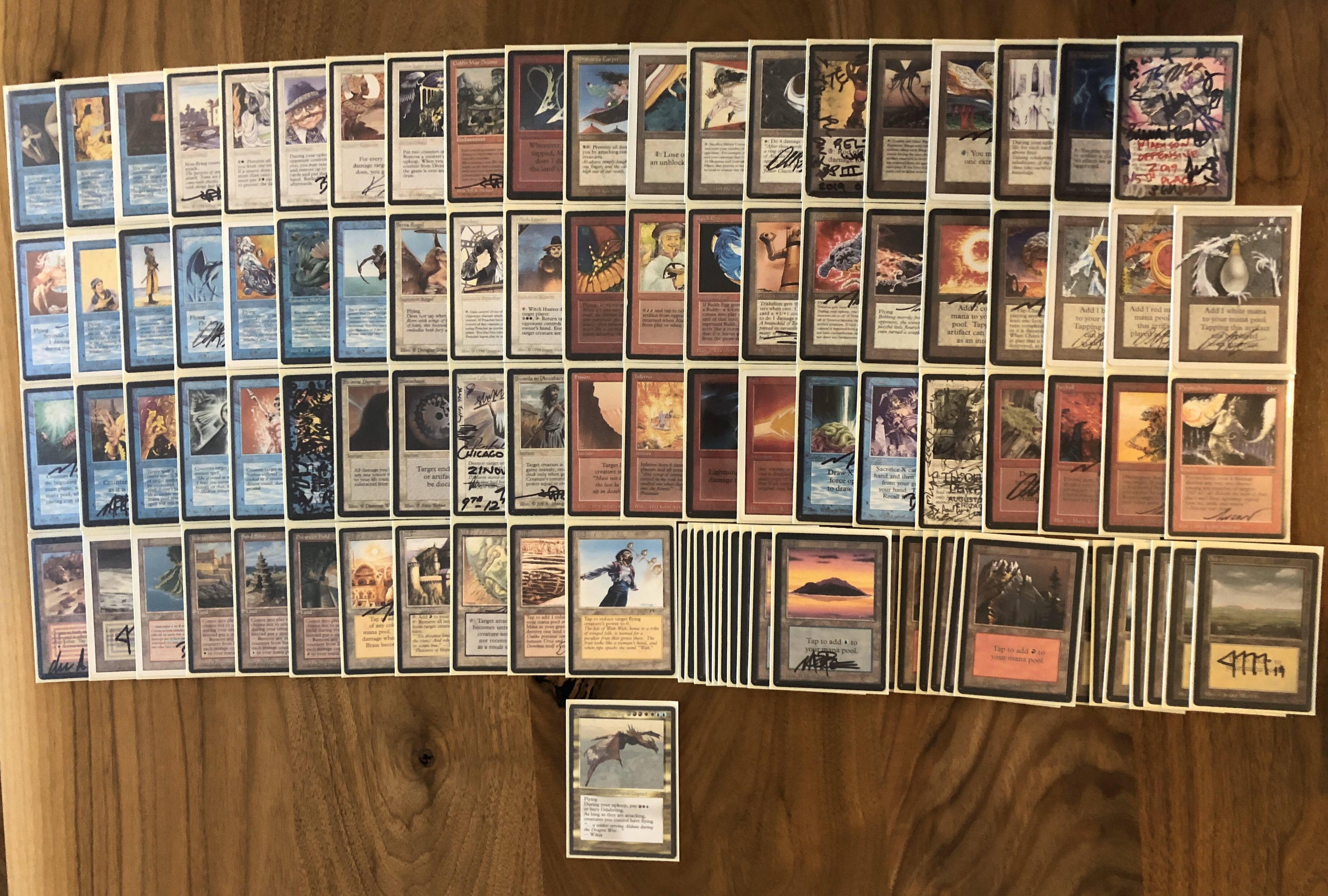